Every major holiday my family likes to make a new dish. Sometimes it’s an appetizer, sometimes a side dish, but this year it was dessert.

My mom and uncle have been into FRIENDS since it aired and this year my brother started watching, which meant the only choice for Thanksgiving dessert had to be Rachel’s English Trifle. For all those unfamiliar with this famous dessert from the Season 6 Thanksgiving episode, Rachel is in charge of dessert and was going to make a traditional English Trifle. The only problem is the pages were stuck together and she doesn’t notice she put part of a Shepard’s pie in. 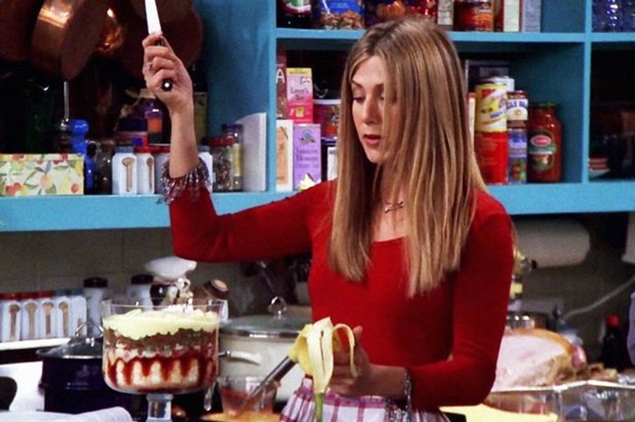 No one wanted to tell Rachel the bad news so they all pretended to like it. But it “tastes like feet” according to Ross.

And in the end, Rach realizes she “wasn’t supposed to put beef in the trifle!”

For our own trifle, we did NOT put beef sauteed with peas and onions instead our beef was a mix of Nutella with coconut and kiwis, m&ms and pears for the peas and onions. It did look pretty real though! The only thing we strayed from was the bananas…only because my uncle hates them and refused to allow it – much to the frustration of my brother who had agreed to allow jam for accuracy. 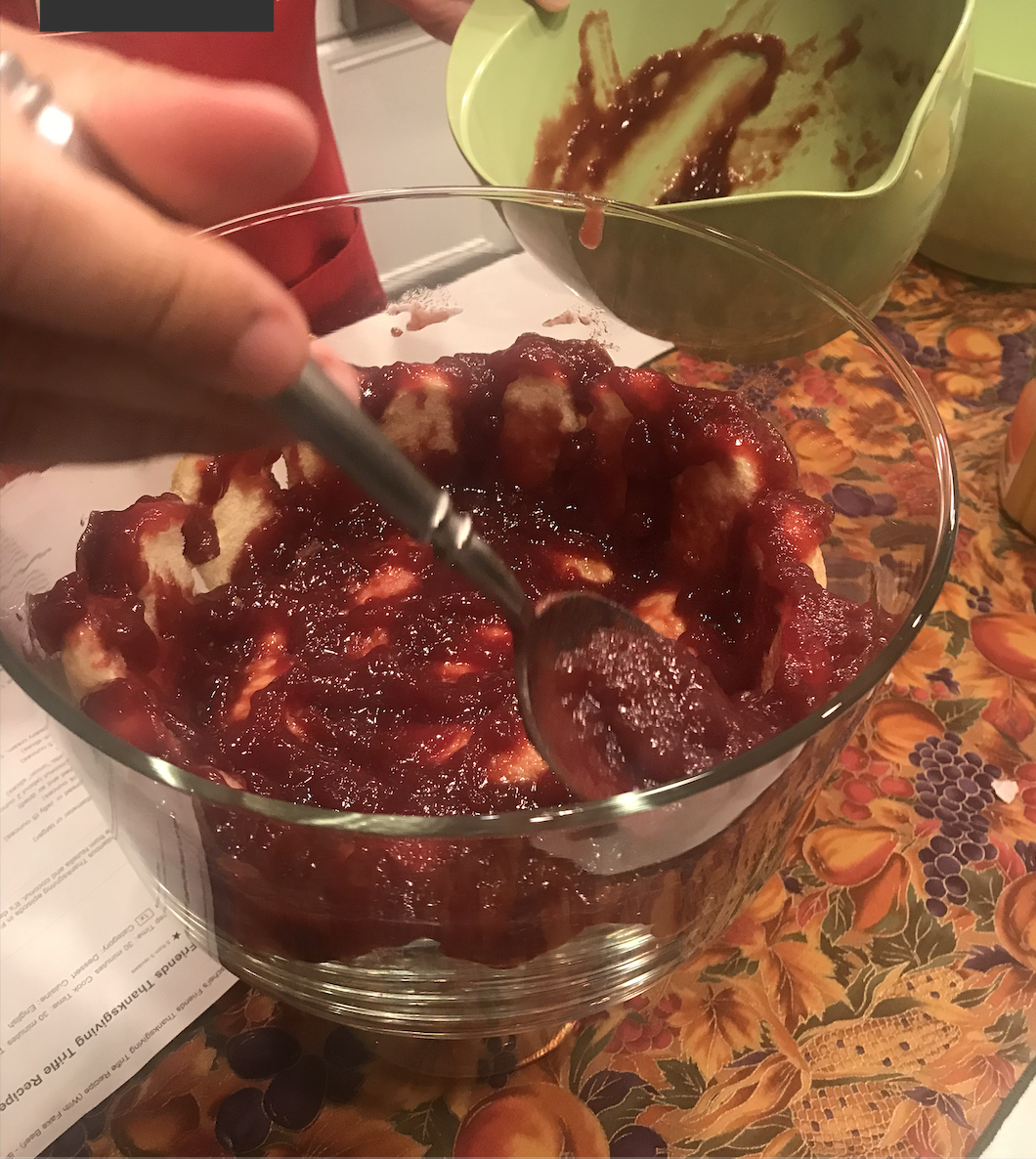 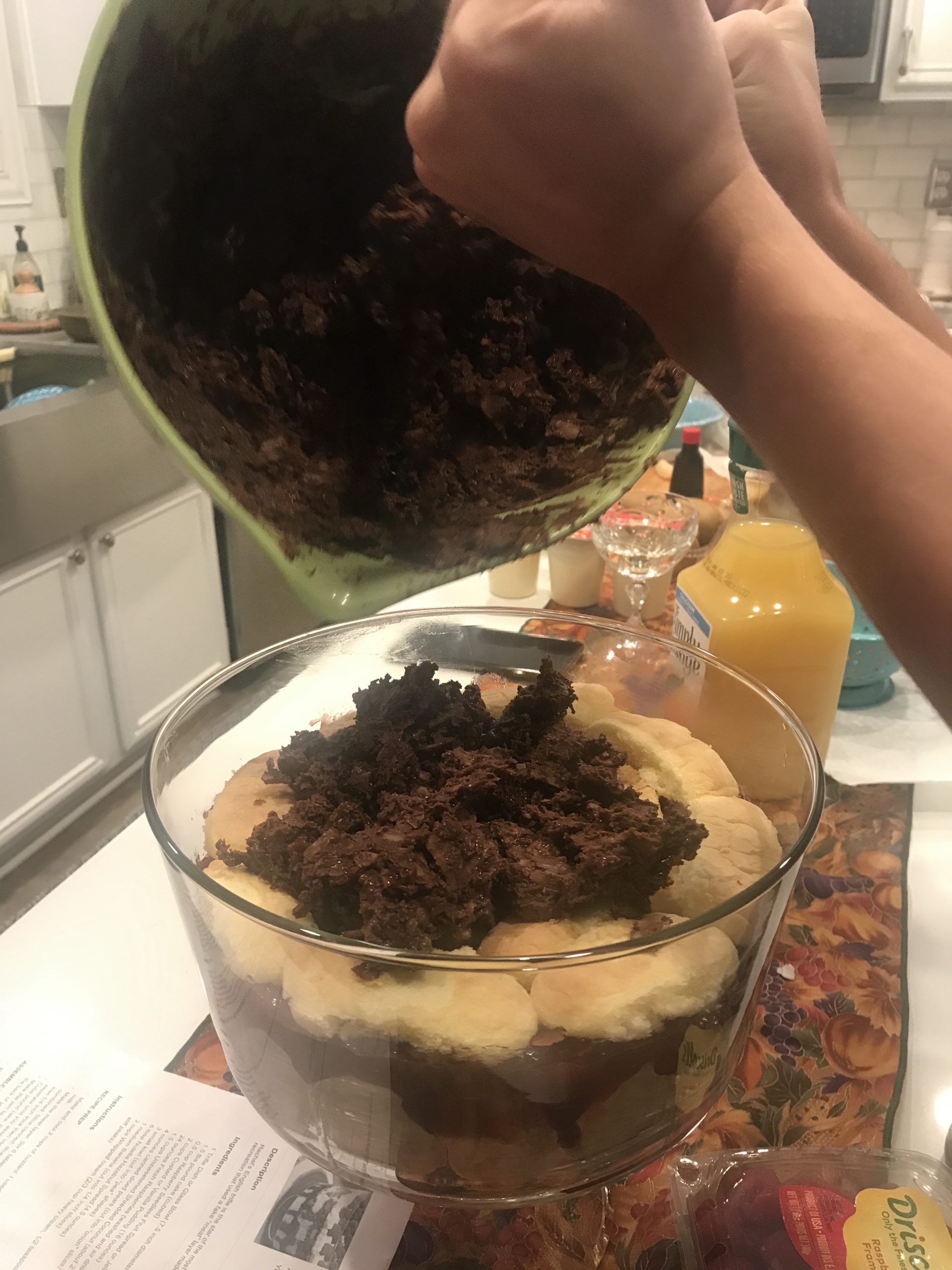 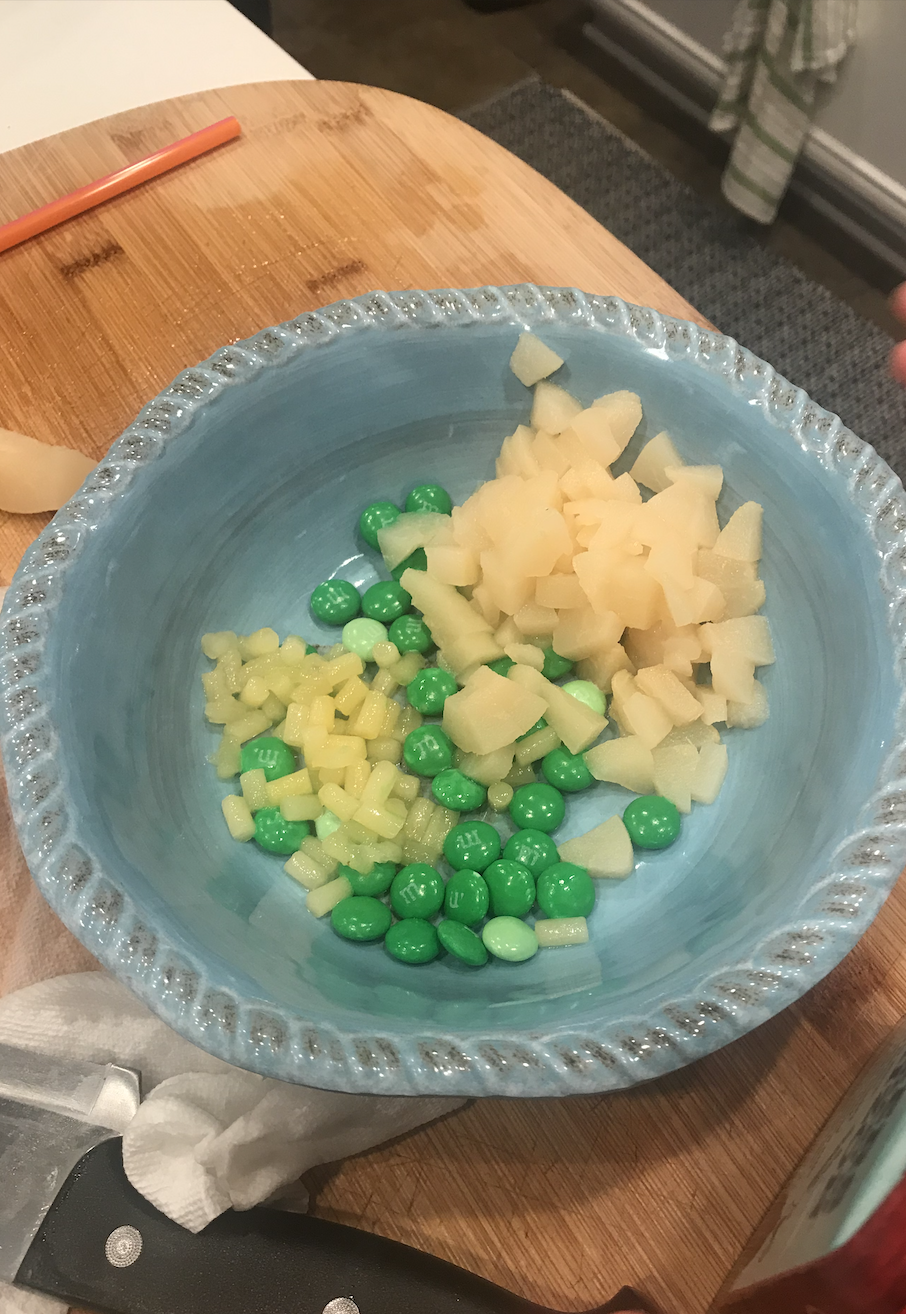 True to FRIENDS form after we created the trifle we had to recreate some scenes. You can check it out on my Instagram @thoughtsanddaisies

While it looked like the show ours did not taste like feet and yes we actually did like it since “Custard Good, Jam Good, Meat (substitute) GOOOD!”

Would you ever try the English Trifle? Let me know below, and tell me your favorite FRIENDS Thanksgiving episode. I think mine is The One with the Football. 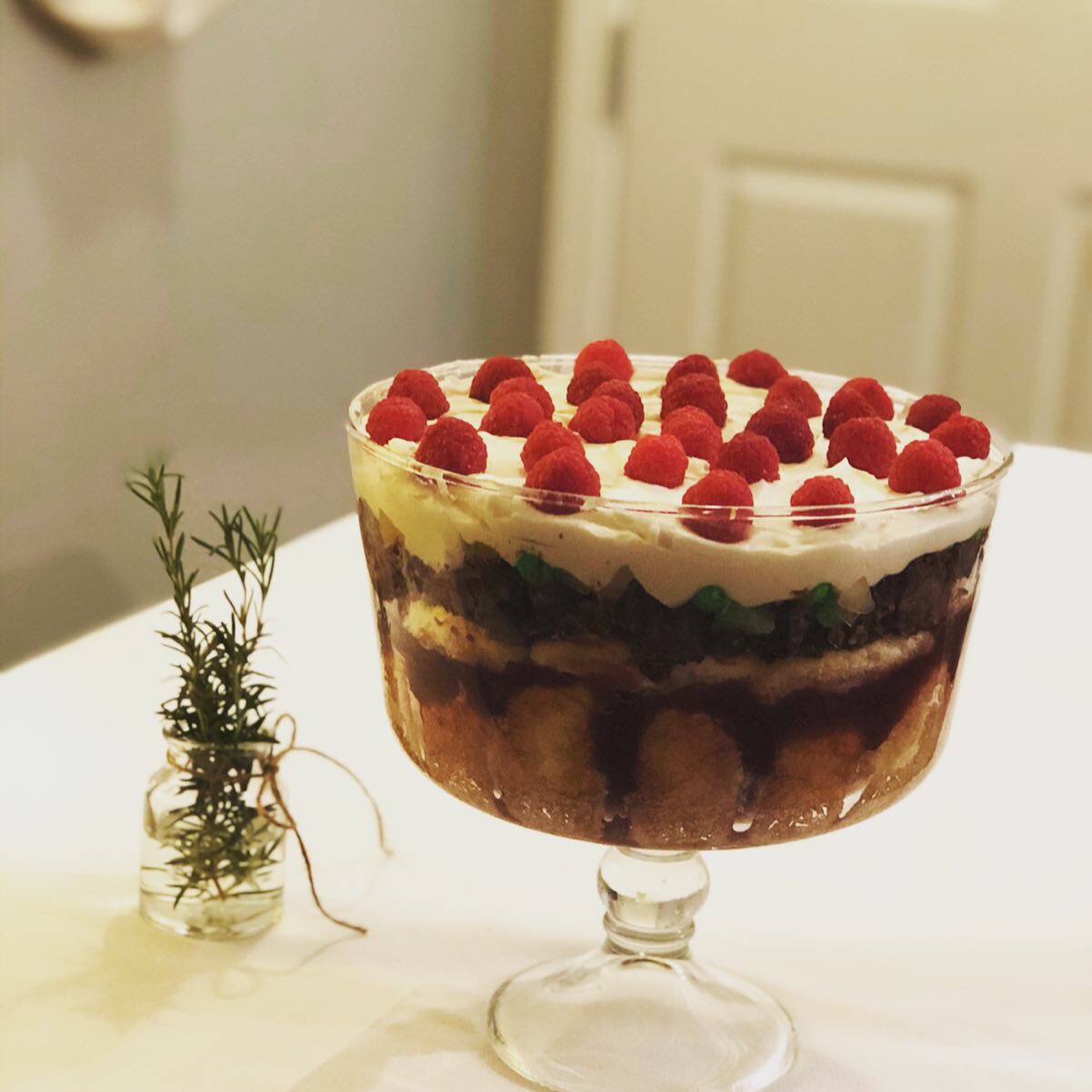 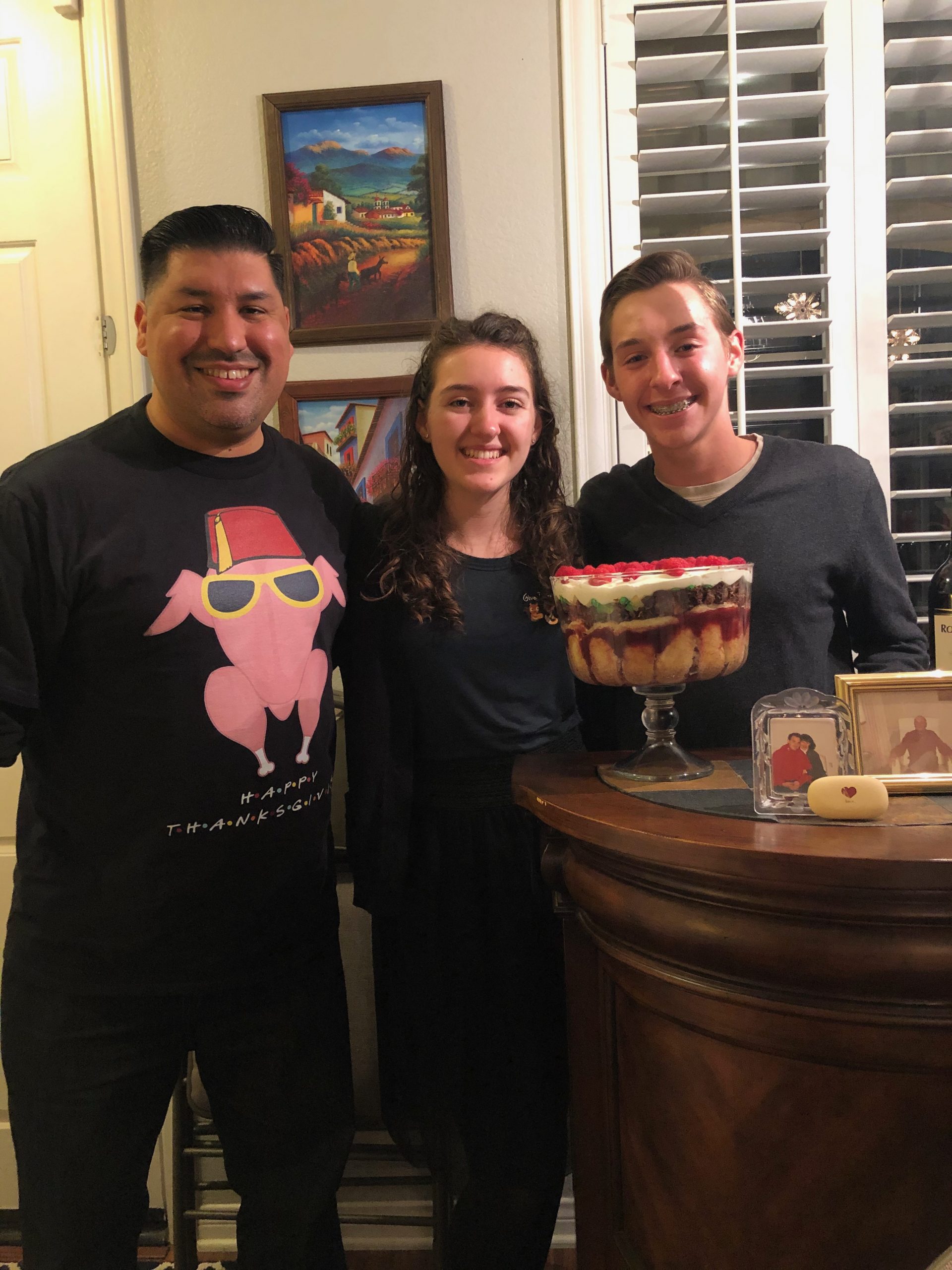 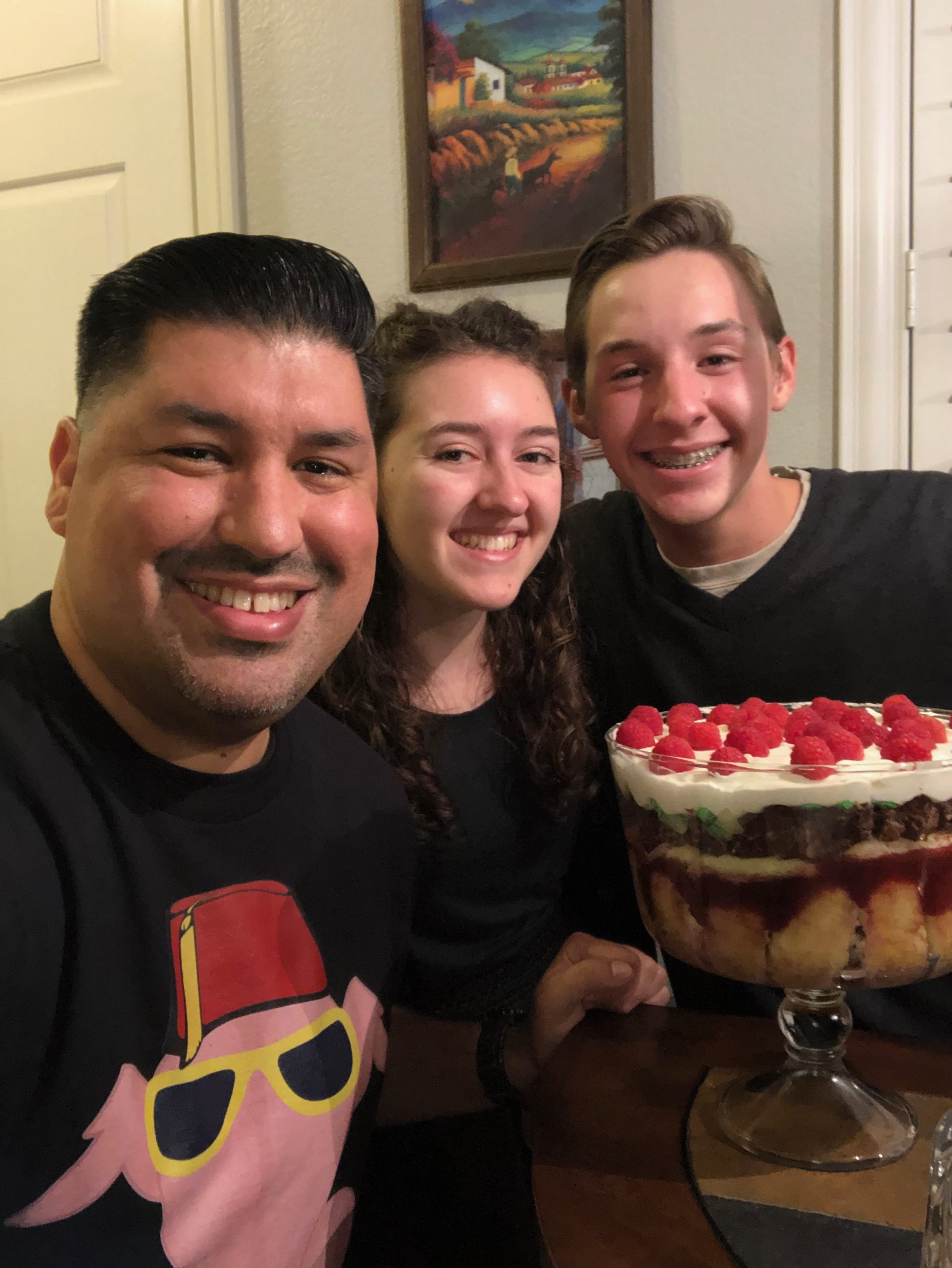 ‘Never trust anyone who has not brought a book w