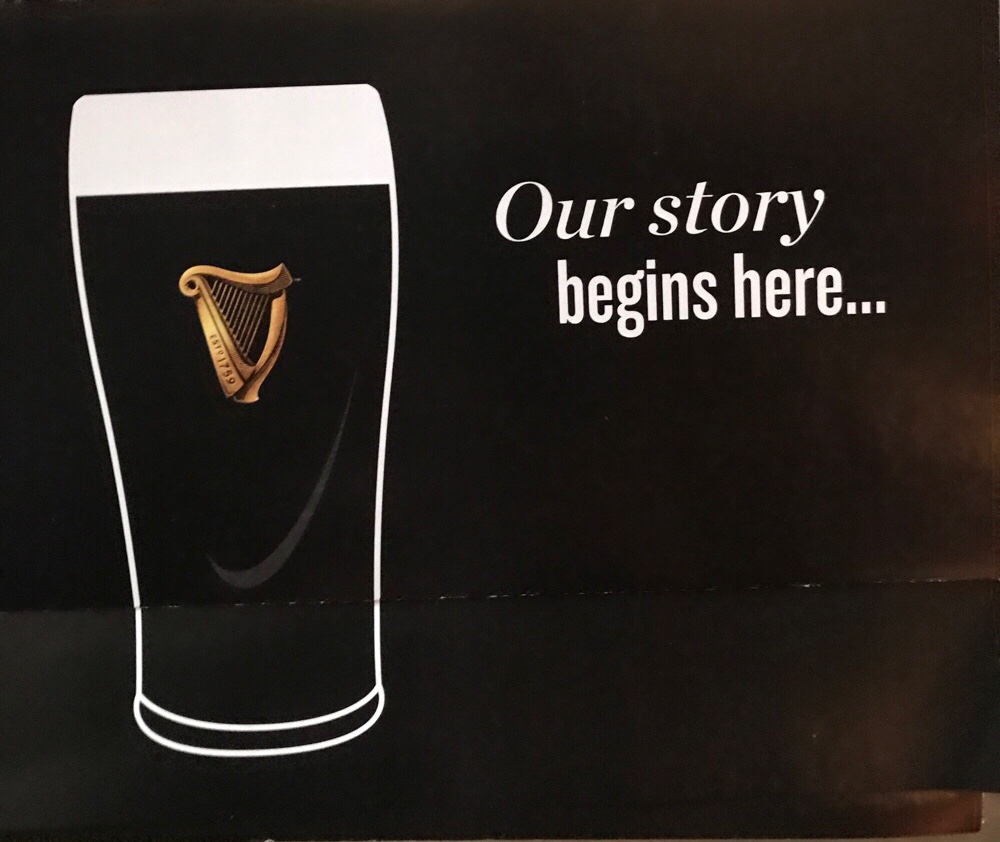 The fourth installment of the Ireland Diaries is finally here! I was going to include the journey through the Guinness Storehouse in my other post, but then decided it deserved its own. My uncles and my dad were adamant that I visit, since they haven’t gone before, and everyone wanted to know what it was like. 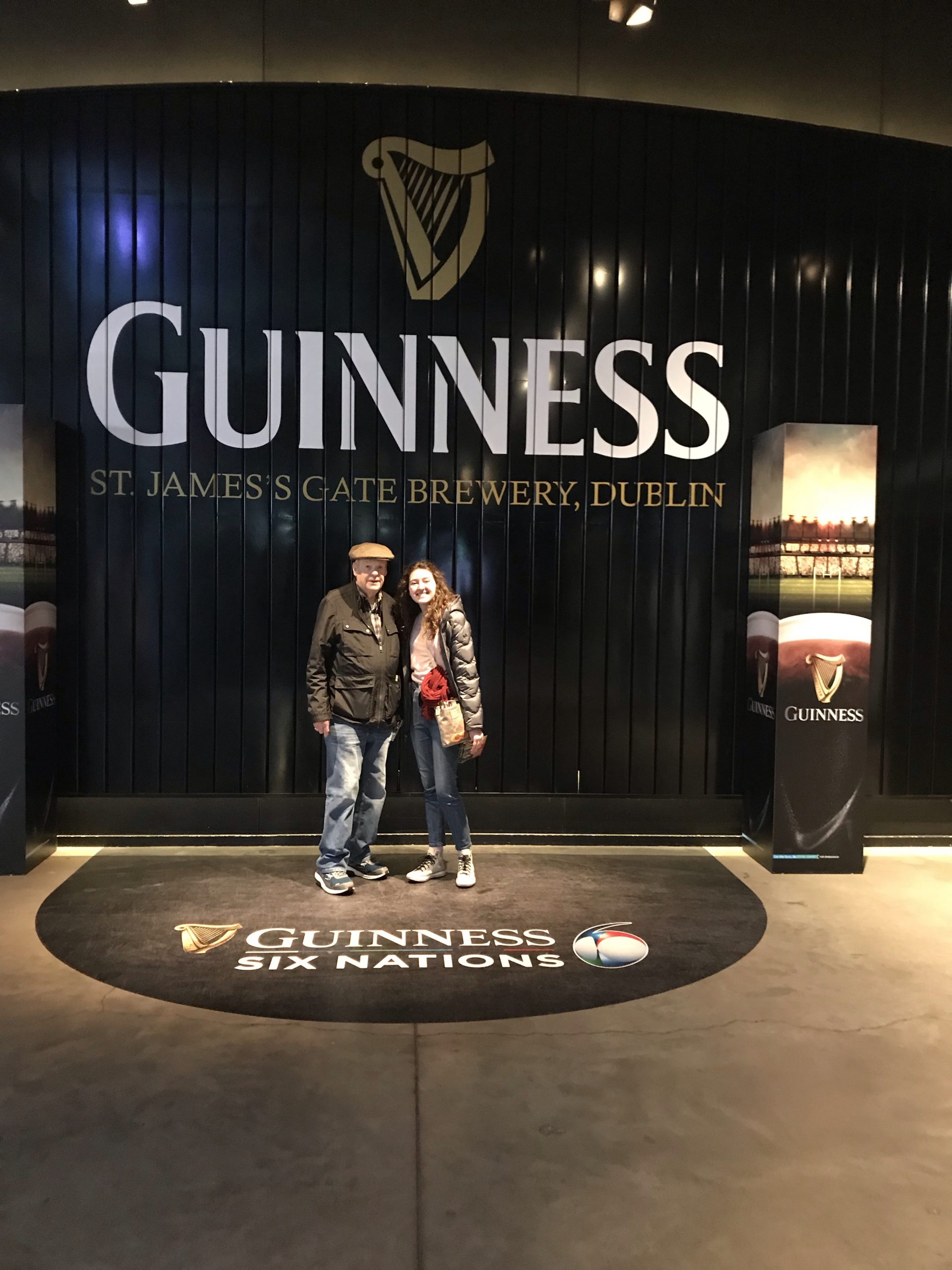 The Guinness Storehouse, as stated on their website, has “seven floors of fun and excitement as you explore the story of Ireland’s most iconic beer.” Guinness Brewery began in 1759 in Dublin, Ireland, and from what I heard a lot of people told me that they think Guinness tastes better in Ireland. I personally think it’s disgusting but more on that later.

One of the coolest things I thought about the building itself is that the center of the floors creates a glass atrium that is in the shape of a pint of Guinness. I mean, how cool is that! 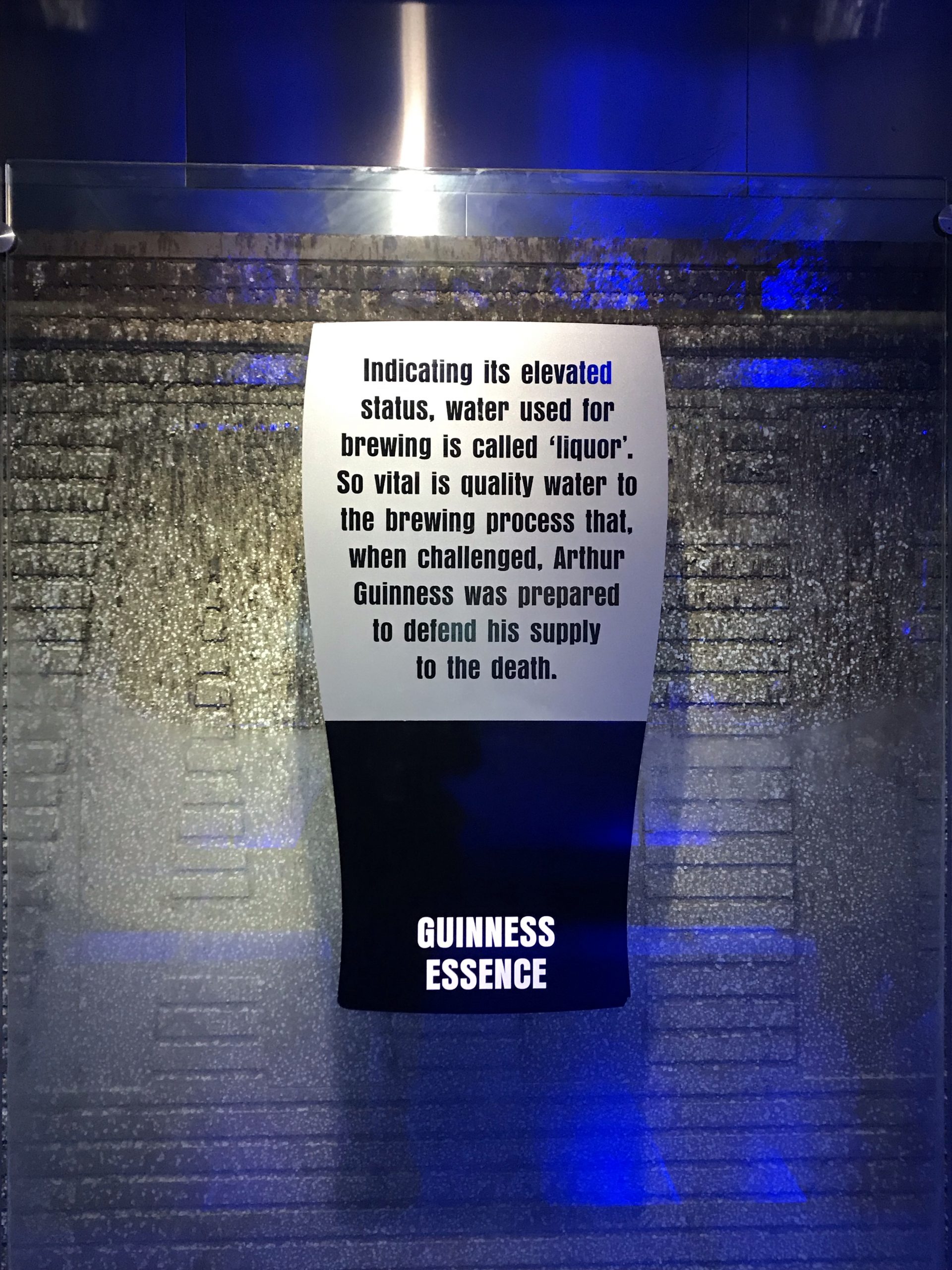 The storehouse is a self-guided tour so you can spend as long as you like in each area. The first floor teaches you all about the history of Guinness and how it is made. You get to see first hand what goes in it and how they go together to make the Guinness taste. It tells you where the water comes from, contrary to rumors it is not from the Liffey River, and even to what degree the barley is roasted to. 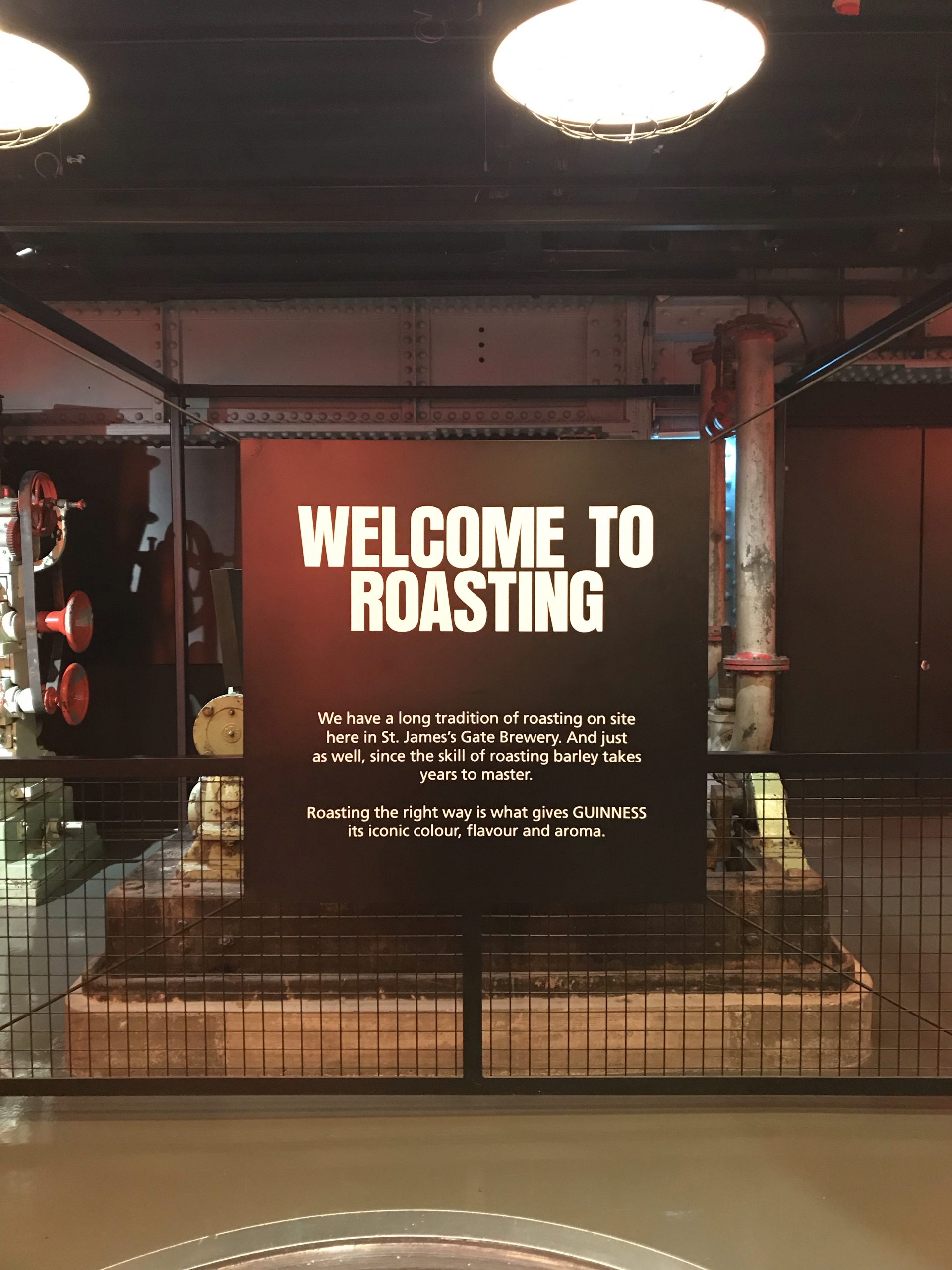 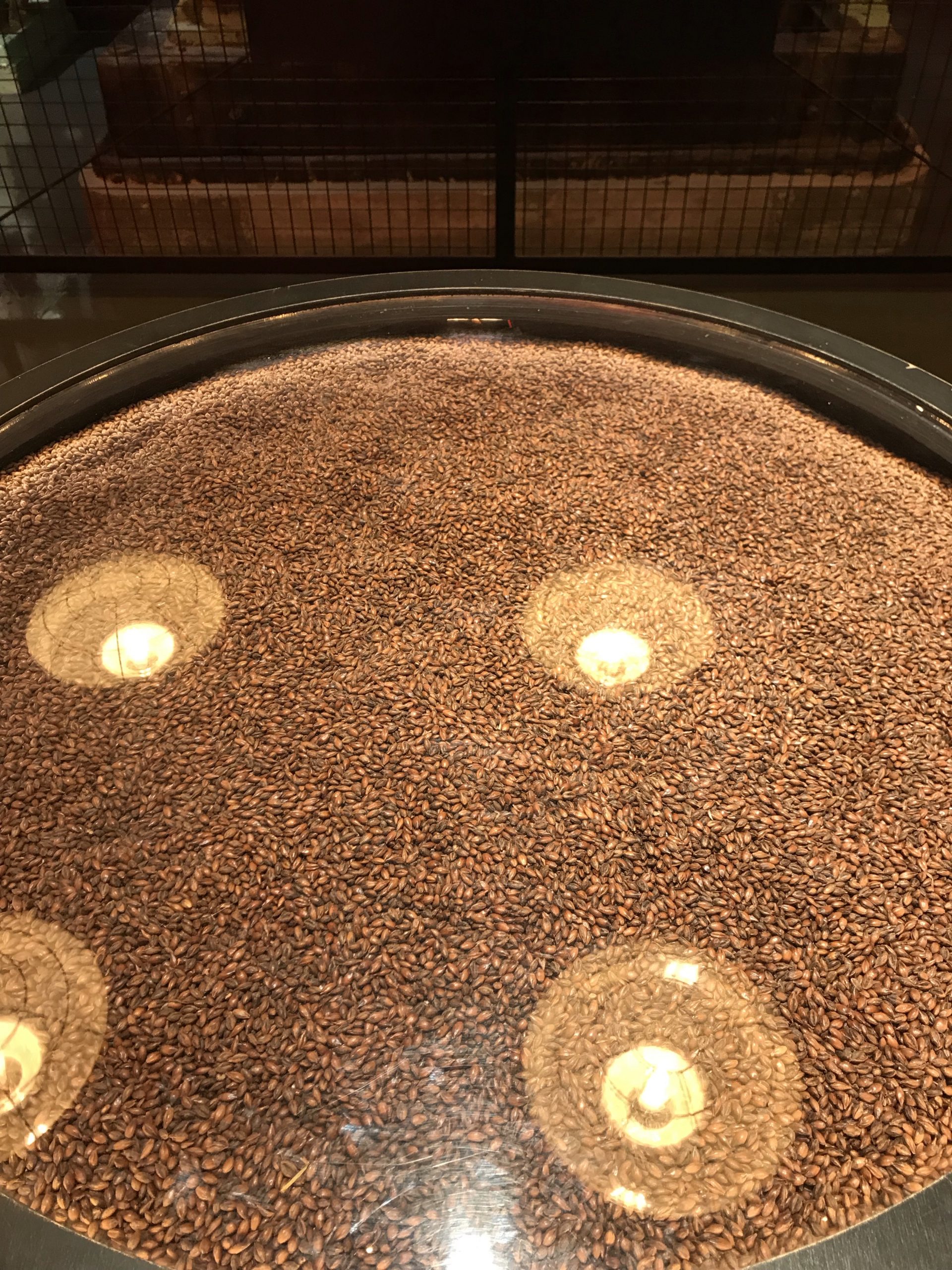 As you go up the floors there is a lot to see. Guinness used to be kept in wooden barrels that were made specifically for the beer that could be reused until the barrel sniffers (Yes, that is an ACTUAL job!) told them they were not good anymore. Now the beer is stored in metal but the storehouse has a ton of original barrels displayed.

On the way to the second floor, there are screens where you can test your knowledge of alcohol. Spoiler: I did not do well… And then, if you are 18 or older, you can go into a tasting room and learn how to correctly drink Guinness. The room is pure glowing white with big, almost cauldron-like, spots with smoke coming out that each has a different smell. 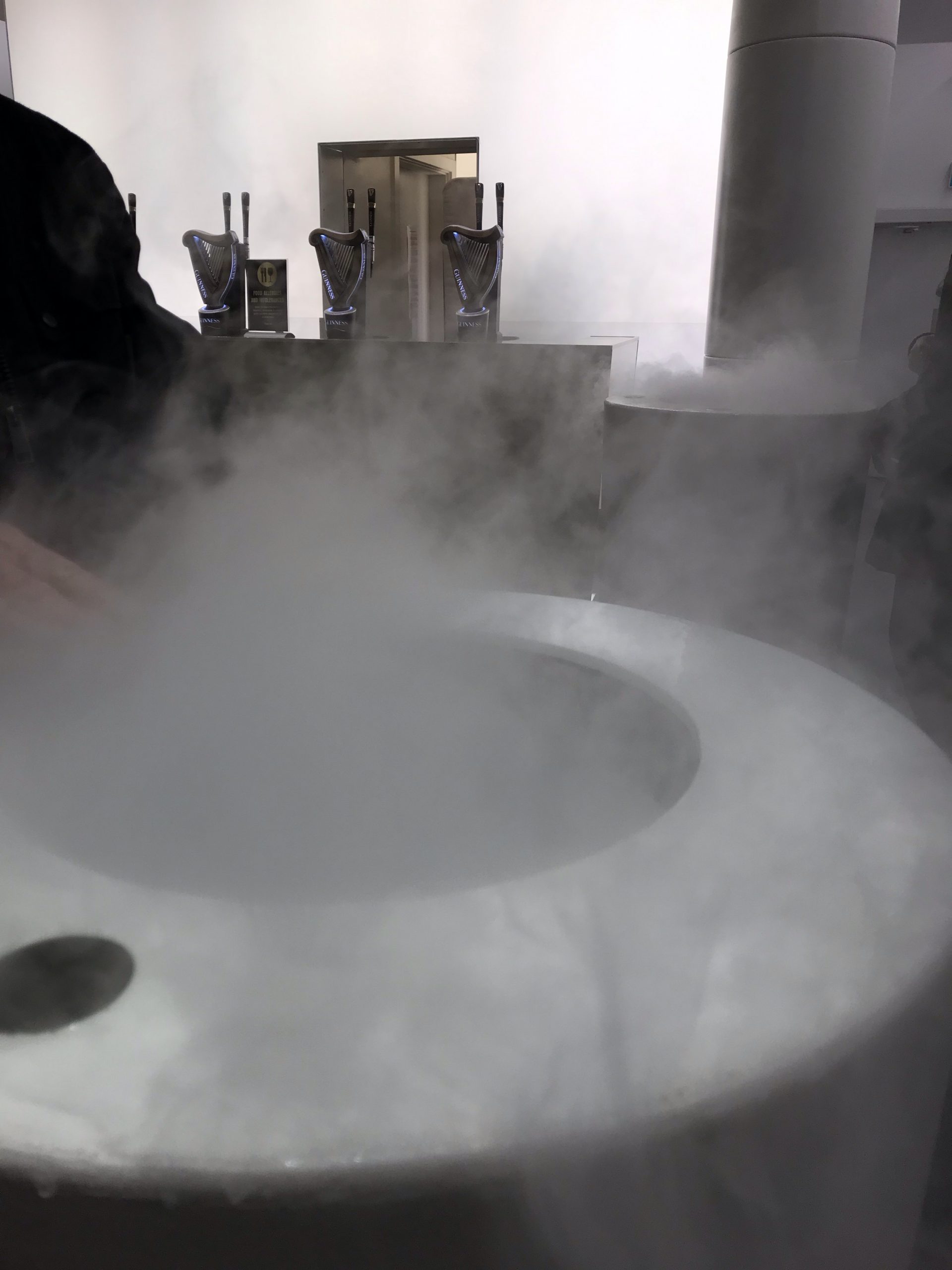 The Guinness ‘Master Tasters’ have you go around and smell each one before explaining them. Each is a smell of what goes into the Guinness. Then they give you a shot glass size of the beer to try. Apparently, the correct way to drink it is to take a deep breath in through your nose and then take a full mouthful of beer. It helps to make sure you don’t only get the bitter top foam. I took one sip and put it down. My grandma questioned why it looked like there was MORE beer in my cup after drinking it. I really don’t like the taste of beer and Guinness is just dark and bitter and GROSS. 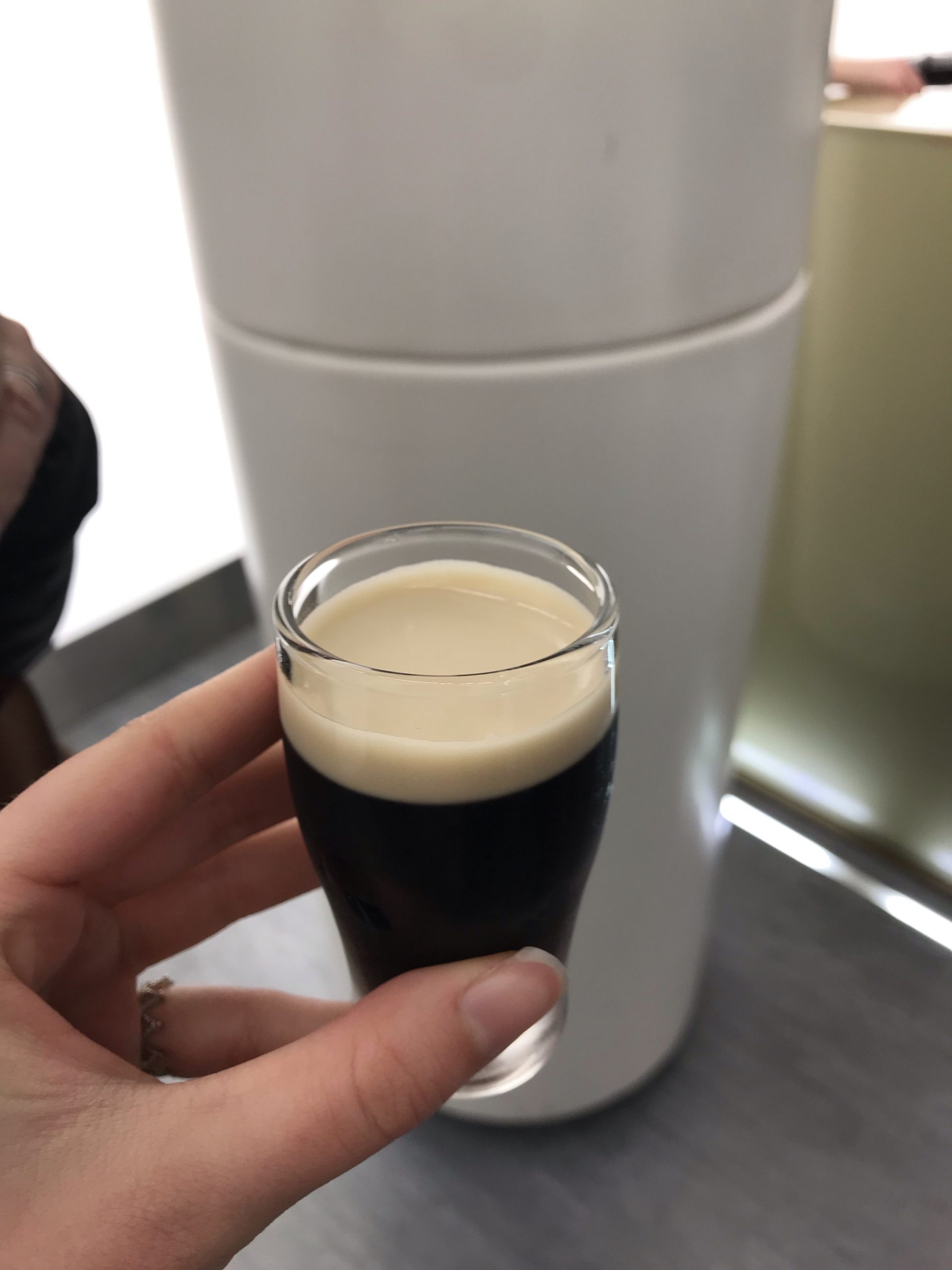 If you keep going up one of the floors is dedicated to all things Guinness advertising. It shows the animal cartoons that have been used in advertisements like the toucan. There is also the Guinness Harp that is the brand’s emblem. The floor above that has the Guinness Academy where you can learn more about the tasting techniques and how to pour your own glass of Guinness correctly.

When you make it to the very top of the building you get to the Gravity Bar where you have a 360-degree view of Dublin. It is also one of the places you can turn in your coupon for a complimentary pint of Guinness or your choice of a soft drink. Can you guess what I choose? 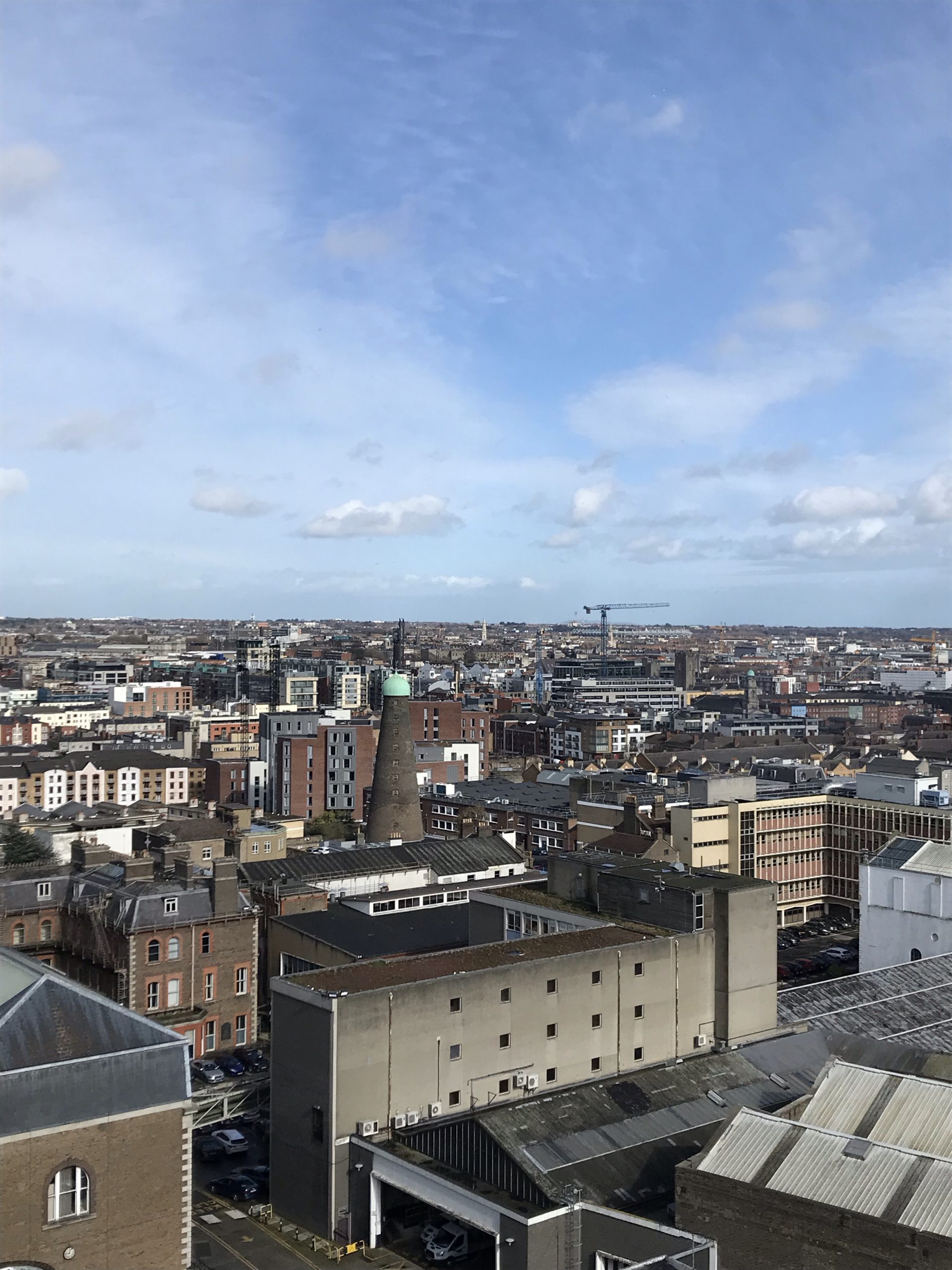 I am glad that we decided to go and do the tour. I had a lot more fun exploring and learning about the beer than I anticipated I would. There was a lot of interesting history to learn and cool things to see.

Have you ever been/do you want to go to the Guinness Storehouse? Tell me in the comments!

There is only one more post for the Ireland Diaries, so be on the lookout for it soon!

Be sure to save this page on the social media of your choice so you can find it later. 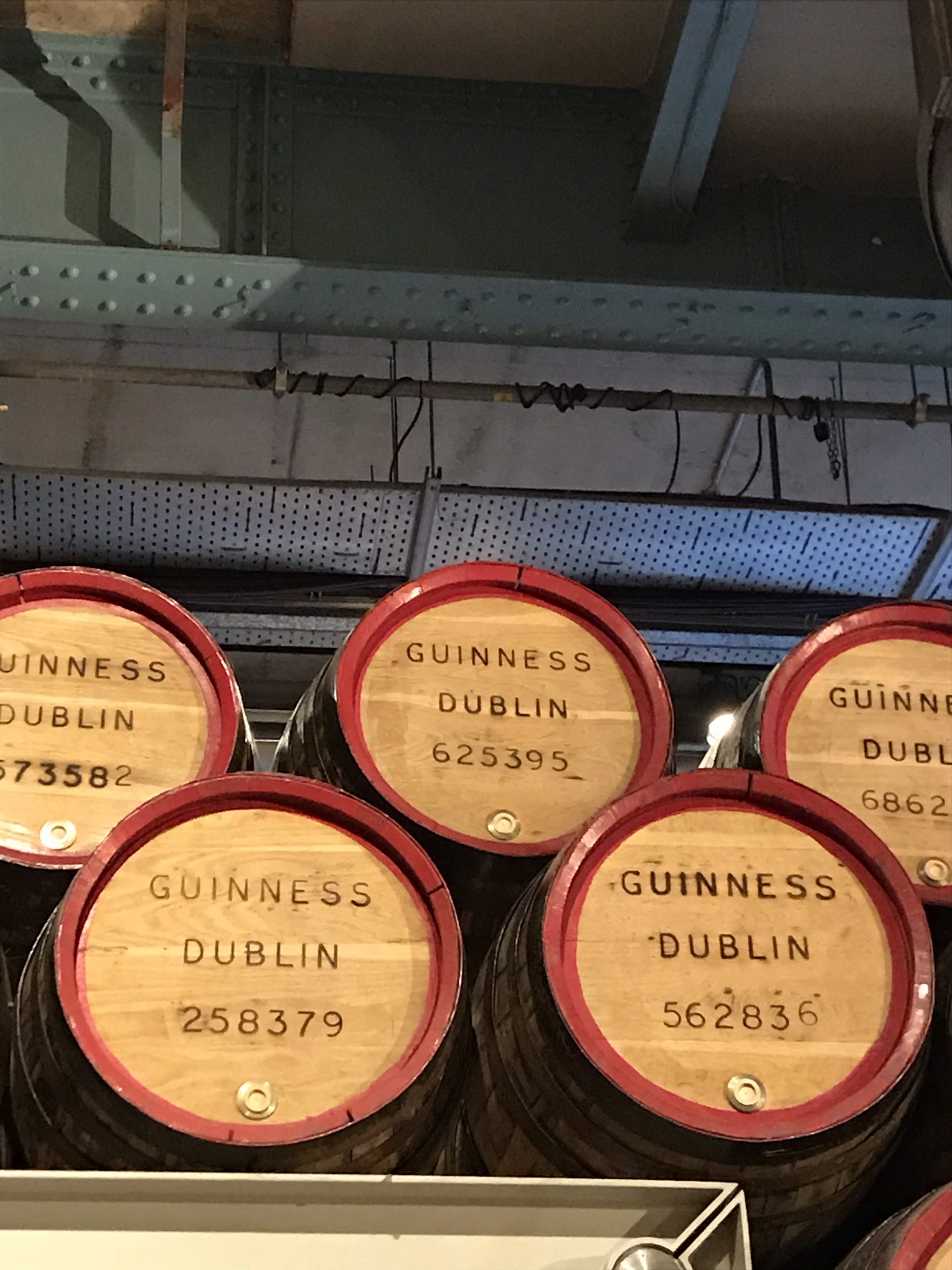 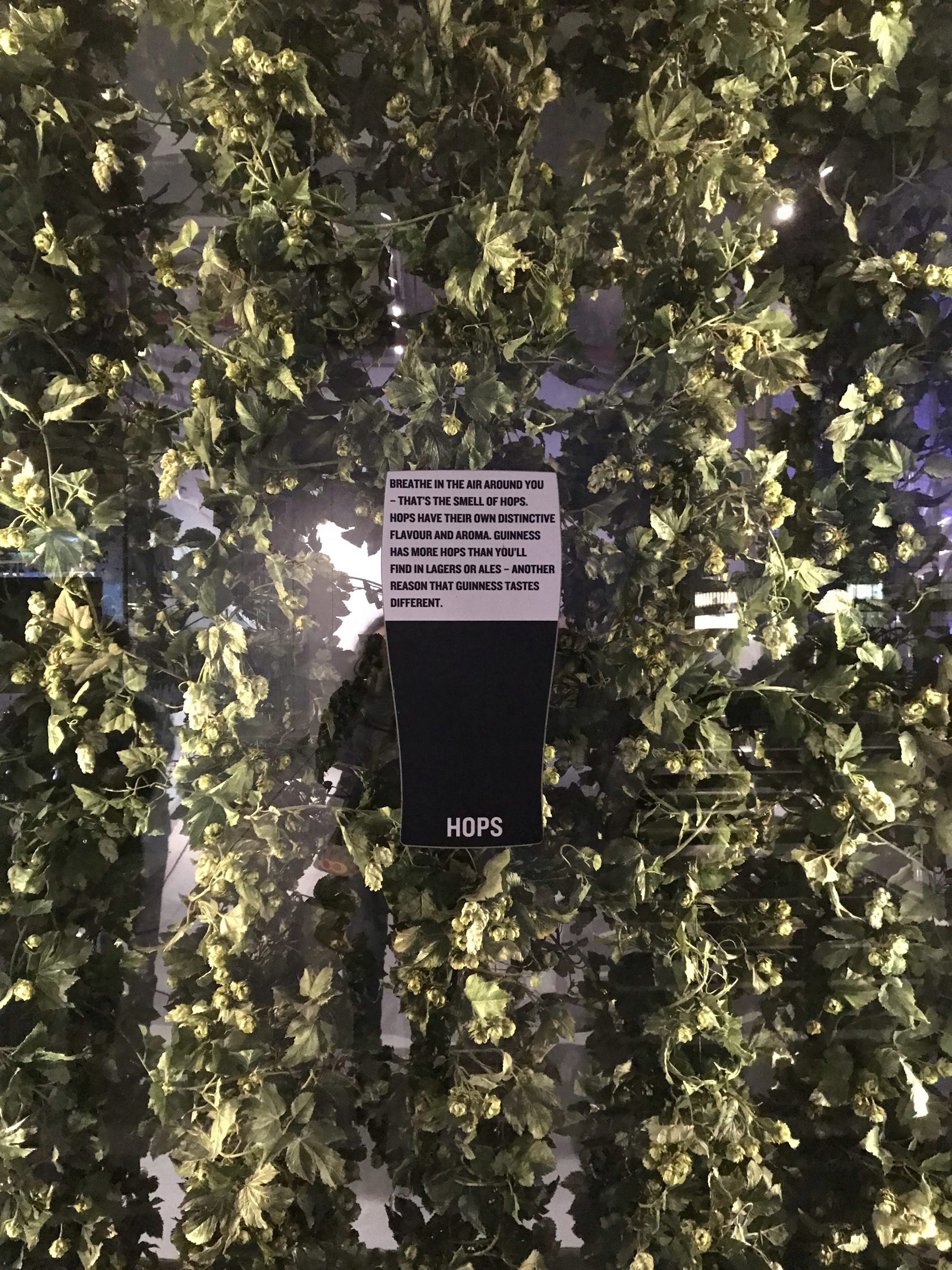 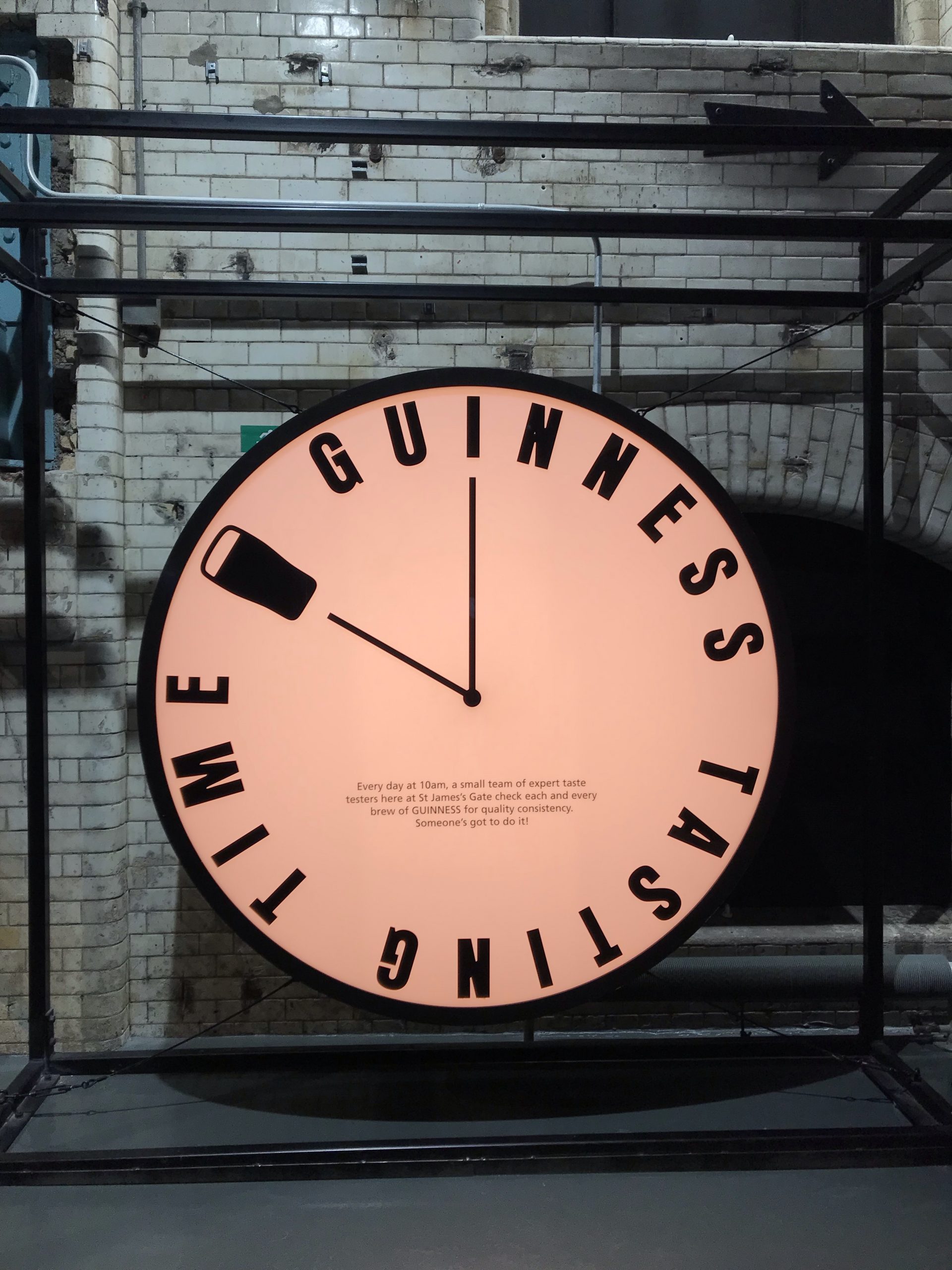 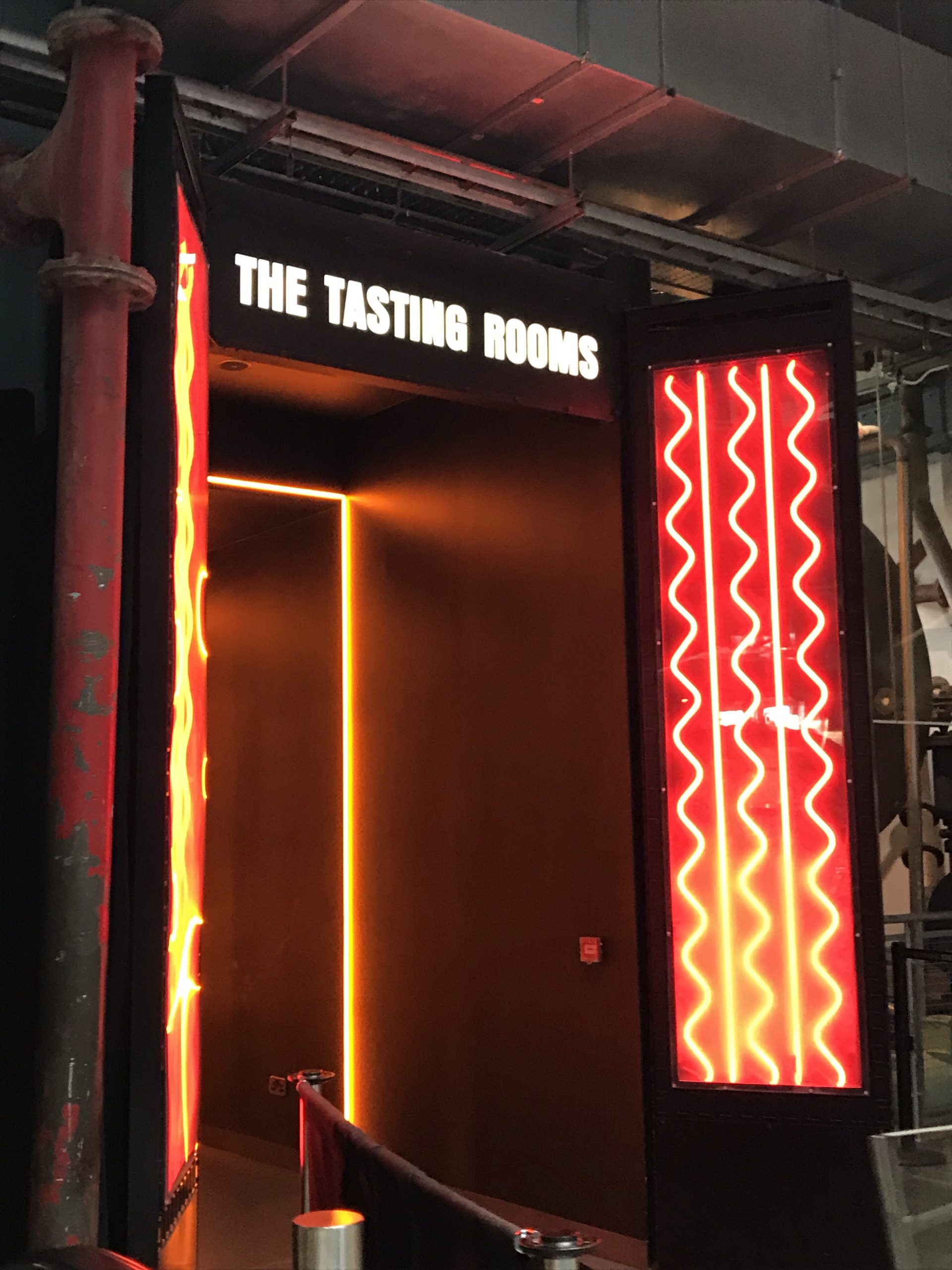 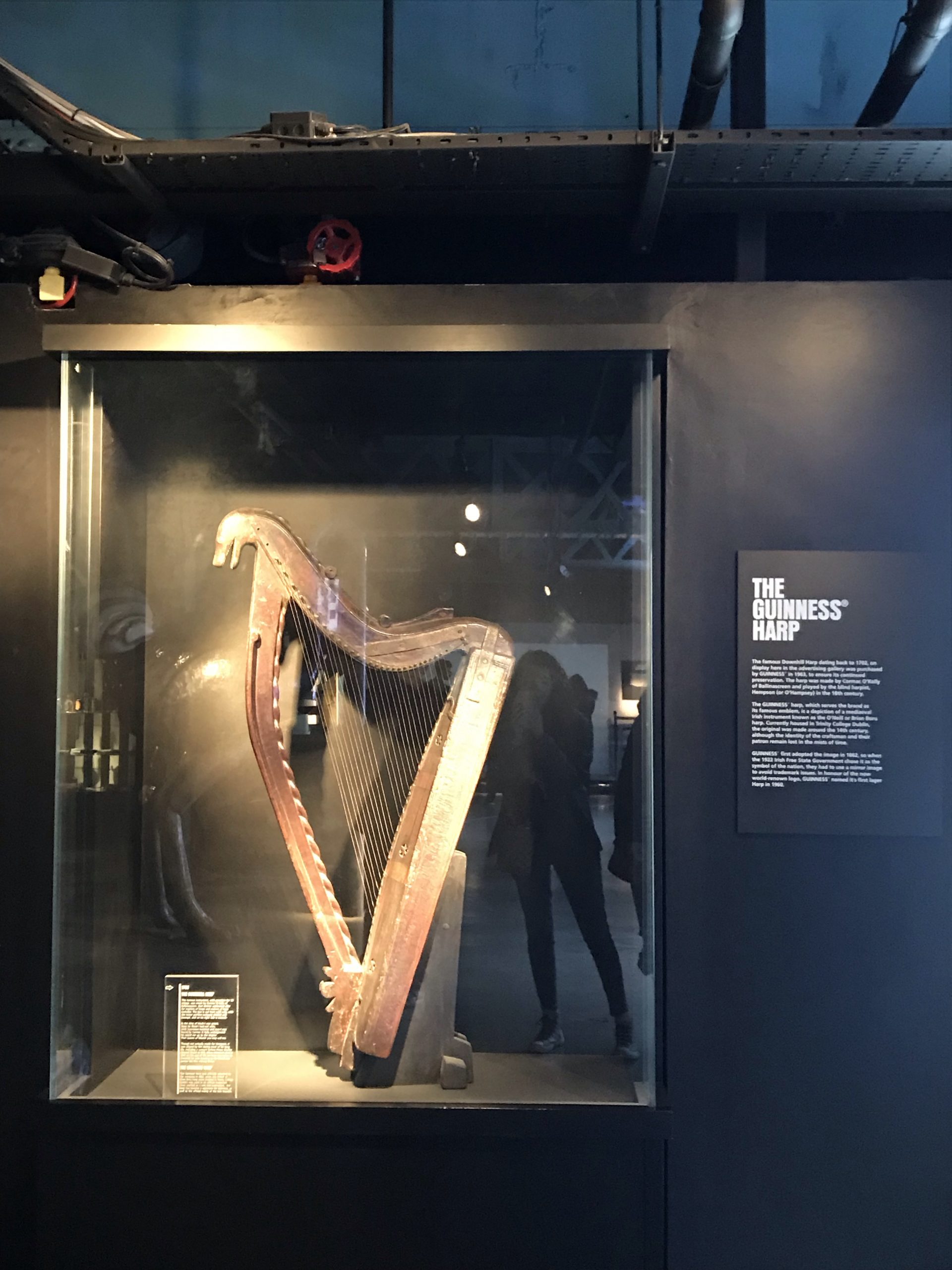 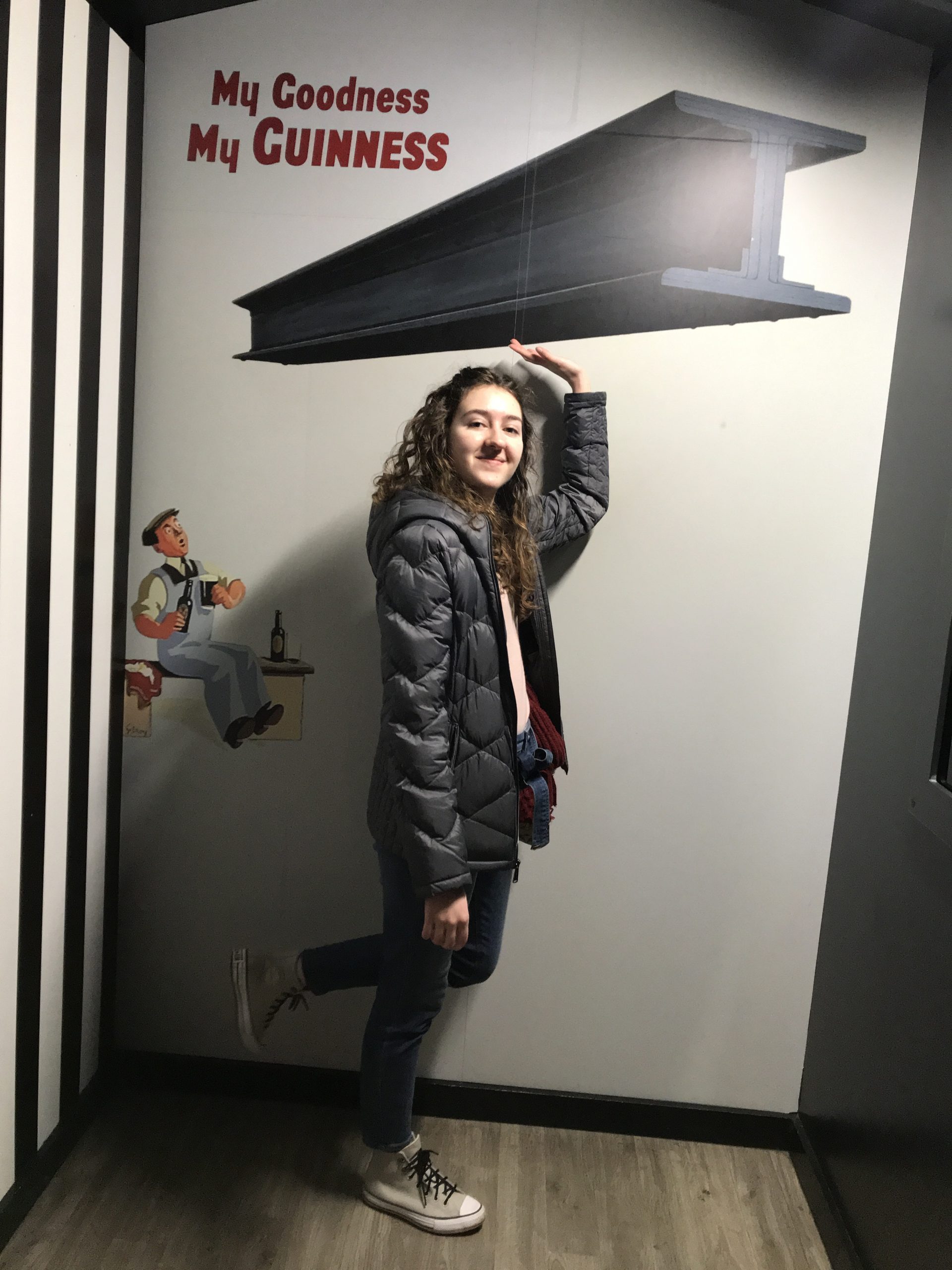 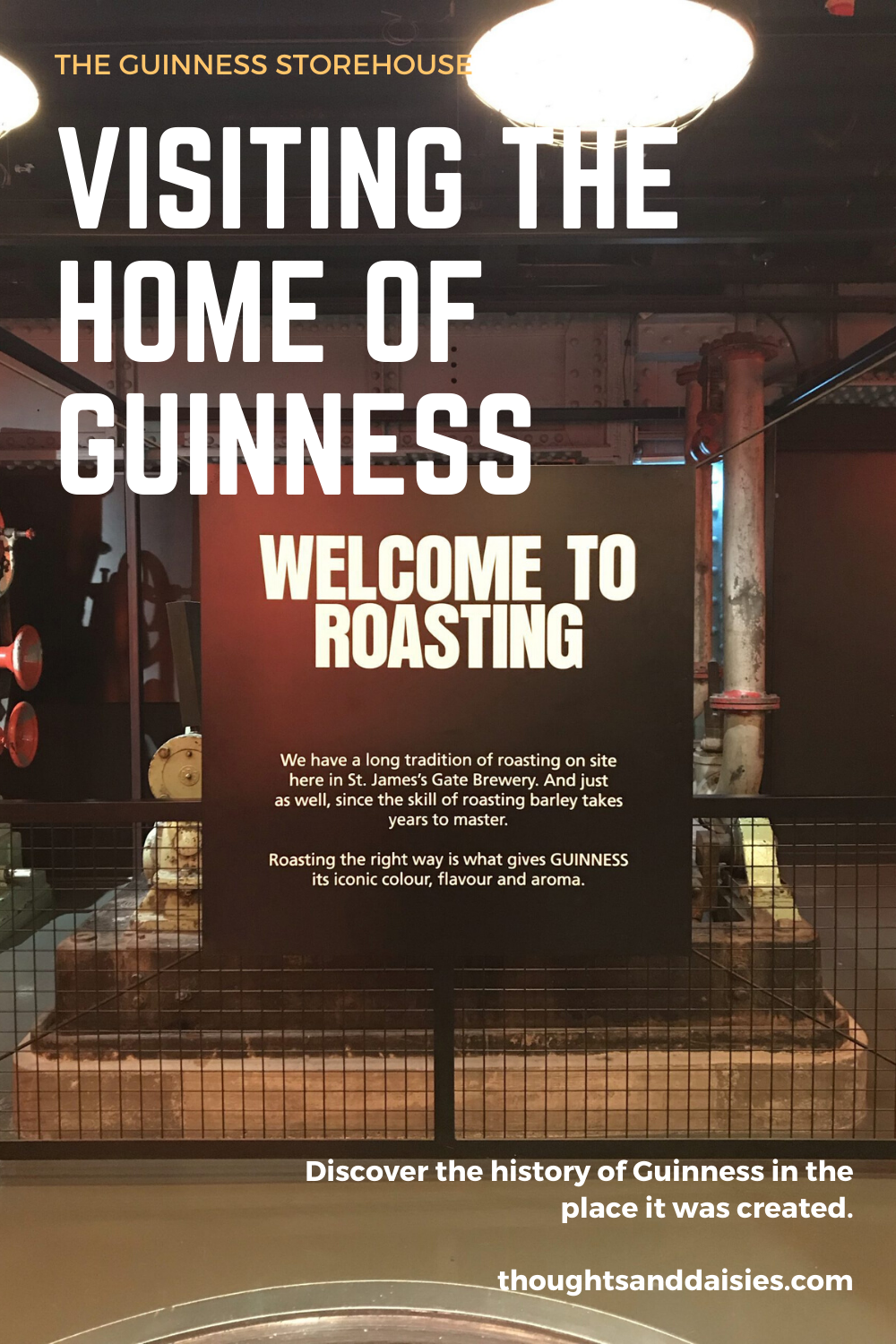 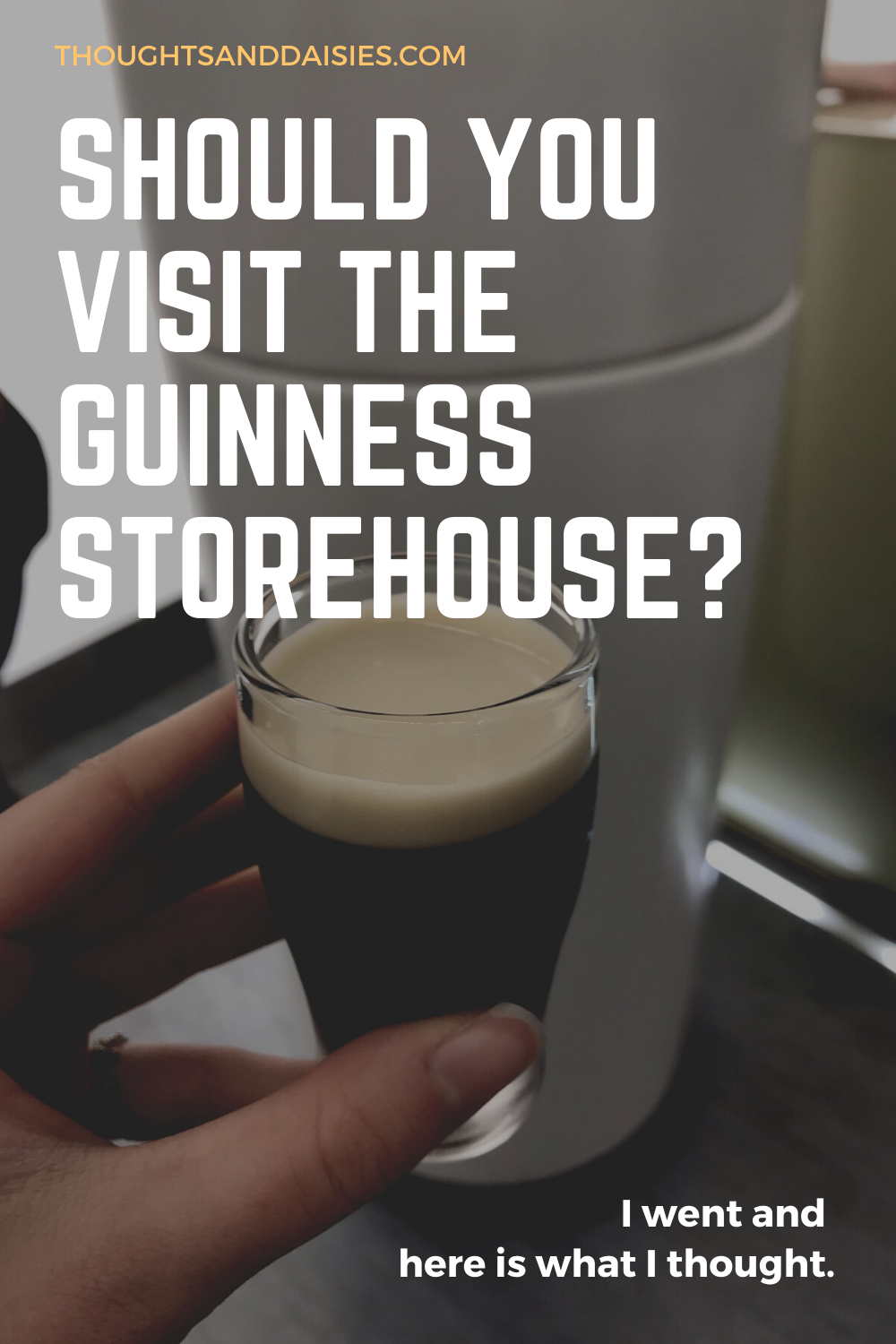 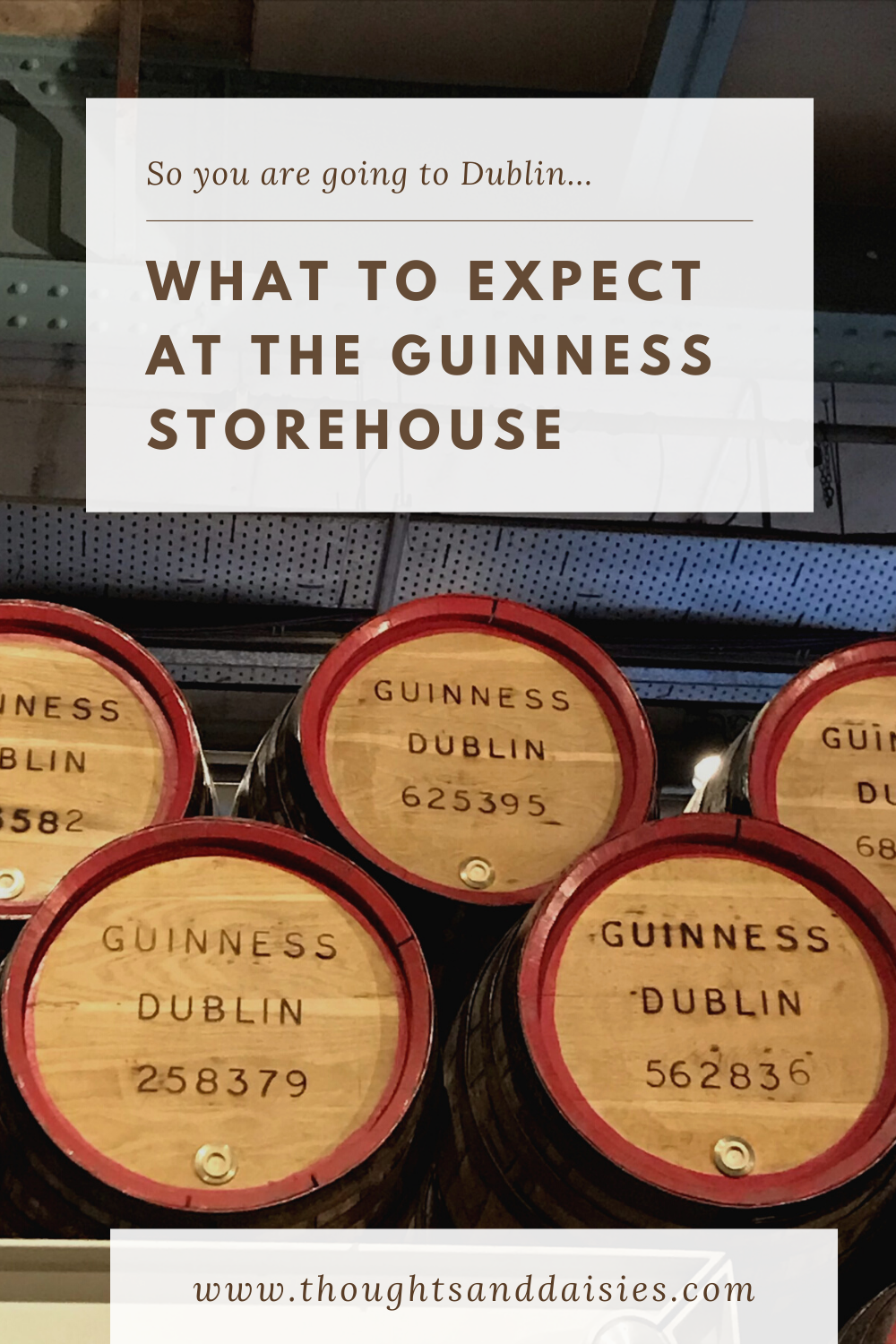 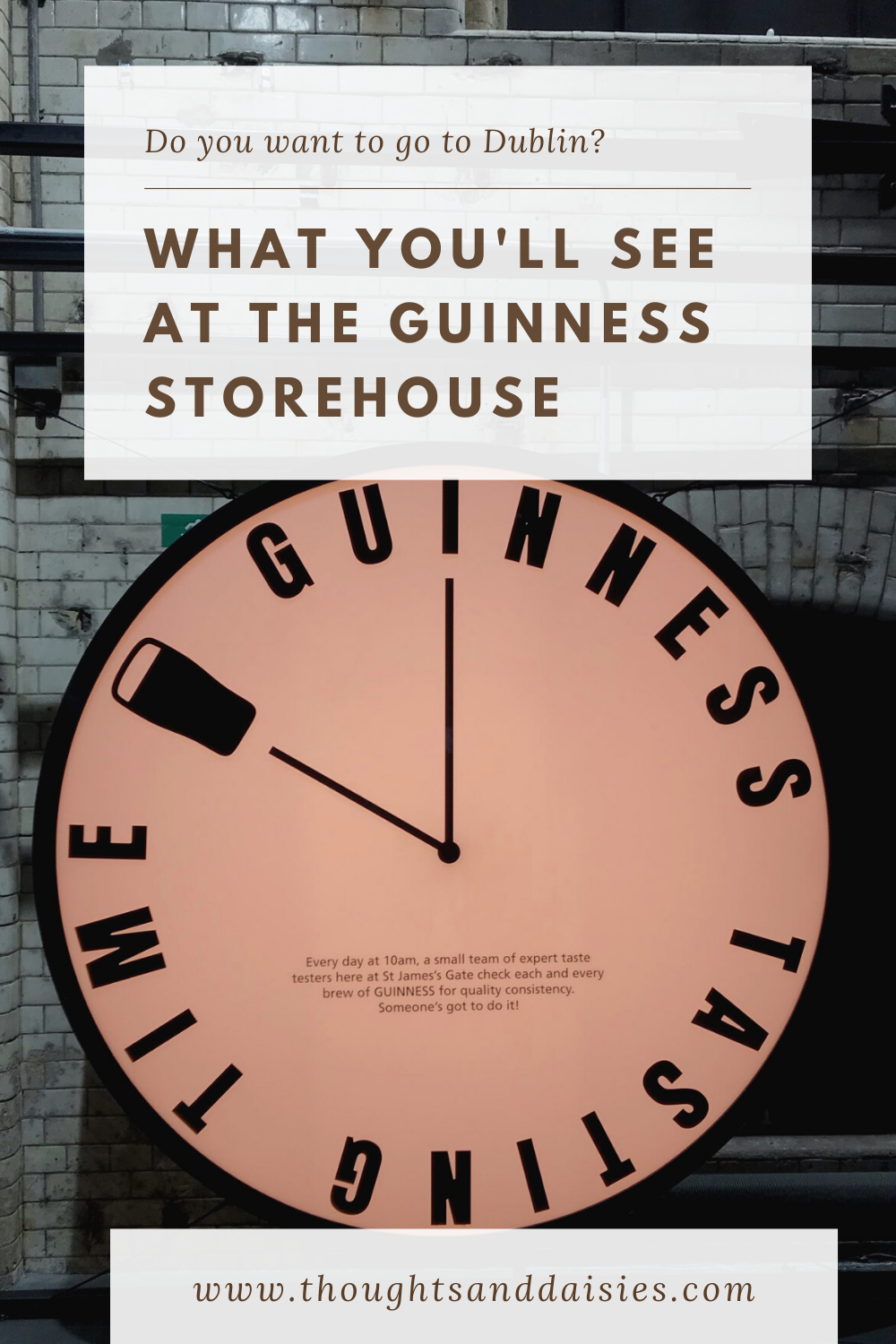