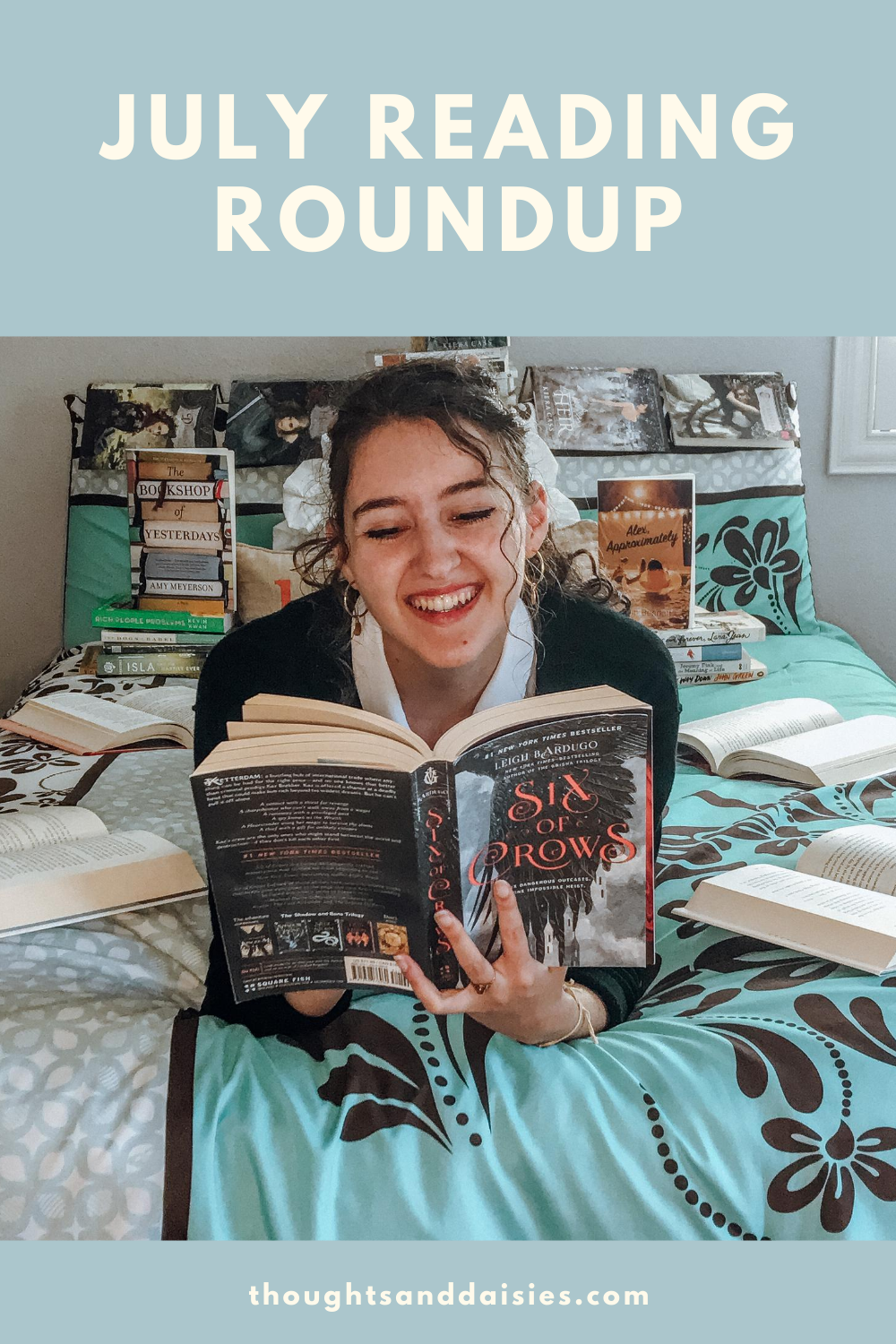 Welcome back to Bookworm Corner and another book wrapup! July was such a good month for reading, I read 8 books, that I am going to split reviews into different posts. Be sure to stay tuned for reviews of the others at a later time.

You can check out my latest book reviews by clicking below

12 Books that will Change your Life – Collab with TheCarolife

Today we are going to talk about the four fiction novels I read.

Six of Crows by Leigh Bardugo

“A convict with a thirst for revenge

A sharpshooter who can’t walk away from a wager

A runaway with a privileged past

A spy known as the Wraith

A Heartrender using her magic to survive the slums

A thief with a gift for unlikely escape”

Six of Crows is about a group of outcasts against the task of an impossible heist. Kaz Brekker has taken an offer to break a man out of the Ice Court, the most highly secured place in the world, and it is up to him to create the perfect team to pull this off. If they can do it they will be rich beyond their wildest dreams and free to do what they please, if they fail they may die and just doom the whole world with them.

I had never heard of this book, or series until one of my classmates presented it for her choice of a ‘book we all need to read.’  Fantasy novels are one of my favorite genres of books but I had never read a heist novel and wasn’t really seeking one out. Once she explained the book, spoiler-free, my mind changed and I knew I had to see how this plot played out for myself.

The world is set in the same world as Bardugo’s Shadow and Bone trilogy which I have never read and because of this, I was a little skeptical at first about understanding this book. However, I was pleasantly surprised this book is totally readable by itself. Although I will say the first few chapters are confusing because you get thrown a ton of information and character names, some of which you learn isn’t important later on and that it was just the facts around those characters that you need to understand. Once you get to about chapter four it gets really interesting with non stop action and an insane amount of twists and turns.

A fun detail of this book is all the main characters are antiheroes. You go into the book knowing they are all so flawed and extremely morally wrong in their actions. They are thieves and con artists and yet they are all around 17, a fact that I had to keep reminding myself through the beginning of the book.  Despite their questionable actions the farther you go into the book the more you realize they have wormed their way into your heart and you want them to succeed. As usual, there are characters who have better character arcs than others but overall each is pretty thoroughly fleshed out with complex backstories that drive them and help make them interesting.

Another thing to note is this book is told through the perspective of five of the main characters with chapters switching plus some flashbacks. Sometimes this aspect in a book causes confusion and some less than ideal character chapters but I feel each character here has a captivating voice and it’s written well that each had a distinct voice in my head while reading. A detail that does not go unnoticed for me. I know I have read books where I just can’t get a distinct voice for a character.

Six of Crows has lots of twists and turns that will have you guessing right to the end and I could not put it down.

A criticism from me is that I was not prepared for the ending when I realized it was NOT a stand-alone book but instead a duology. So I need the next book ASAP.

Bookshop of Yesterdays by Amy Meyerson

“Every family has its unspoken stories. Billy was ours. It didn’t matter whether or not it was sad”

The book follows Miranda Brooks, named after the character from Shakespeare’s The Tempest, after she inherits the bookstore from her childhood from her late uncle. When she was little her Uncle Billy would create scavenger hunts for her and after not speaking to him since her twelfth birthday and Billy and her mother’s mysterious falling out this could only mean one thing. Billy had one last scavenger hunt for her and Miranda is determined to figure it out.

I love stories that have a bookstore aspect to them so I knew I wanted to check this one out. The plot is filled with mystery literary clues that were really fun to go through and the main reason I finished this book. Although I totally guessed the plot twist about 20 pages in I still felt the shock when it came to light. My main peeve with the book was Miranda was not all that likable to me, some other characters were a bit lackluster as well and I didn’t feel other characters who seemed cool got explored.

But it was an enjoyable read overall with all the clues and book references and how they were incorporated into the plot so I still would recommend picking it up and seeing for yourself how you like it.

“We all really do contradict ourselves and contain multitudes. How do we even figure out who we really are?”

Bailey ‘Mink’ Rydell is a cinephile who has spent months discussing books and flirting with a fellow film geek online known as ‘Alex.’ All she knows is he just so happens to live in the same surf town in California as her dad while she lives in D.C, until she doesn’t. Once Bailey moves to live with her dad the trouble of finding who ‘Alex’ is without giving herself away before she is sure he isn’t a fake and dealing with her new job and her irritating co-worker Porter Roth begins, but she is determined to handle it all.

I grabbed this book on my last online Barnes n Noble run because it was described as a retelling of ‘You’ve Got Mail’ which is one of my all-time favorite movies.

I felt that the plot was a bit ‘eh.’ The characters were likable enough and there were good moments but overall I was not too enthused. The background story for Bailey didn’t feel like it fit with everything that happened in the book which made a lot of moments feel forced, but I did really like her dad. I think he was my favorite character though he isn’t seen nearly enough. Porter’s character arc wasn’t smooth and it felt that it was just two sides to him that didn’t always match up. Although that could have just been Bailey being an unreliable narrator.

Overall not anything that could live up to my expectations for a retelling of my favorite movie but it was a decent book just not something I would find myself rereading down the road.

“To really be a nerd, she’d decided, you had to prefer fictional worlds to the real one.”

Fangirl follows the life of Cath. Introvert, twin, a super fan of the Simon Snow series who is perfectly happy living her life through her Simon fanfiction stories. The problem is her twin has started to outgrow the fandom and wants to create a life of her own, including rooming with someone new in college, and Cath just isn’t ready to let any of this go.

This is a rom-com/coming of age book and I am ALL for it.  I LOVE THIS BOOK, of all the Rainbow Rowell books this is my fav. I have read it about five times and one just so happened to be during this summer, so I knew I had to add it to my reviews for this month.

When I first read the book in high school I really related to Cath and her awkwardness and booknerdiness. As I have reread it Cath’s character has fallen down on my list of favorite characters in the book. A classic case of well developed supporting characters. (Sure do love those) Levi, the main love interest, is probably my favorite character in the whole book. He swoops in and elevates everything to new heights. Levi is like the hot coco of characters, sweet and makes you feel warm inside. Cath’s college roommate Reagan has also become one of my favs. I didn’t like her nearly as much as I do now the first time I read it, but I found that she really grew on me every time I reread it. Reagan is the opposite of Cath and it turns out to be a really good thing she helps to move the plot, and Cath, along.

Cath’s journey doesn’t end with an explosion of change but happens gradually with more of herself still to be found and I think that is what makes this book something I reread a lot. It truly feels like watching someone grow through their first year of college without being forced. Fangirl is just a feel-good read and I totally recommend it.

What books have you read this summer? Leave me some recommendations in the comments!

Check out my goodreads to see what I am currently reading and for more book recommendations! 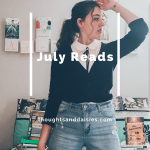 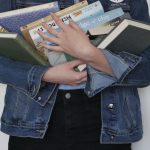 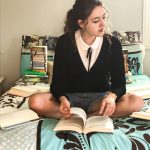 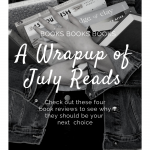 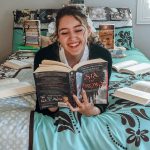 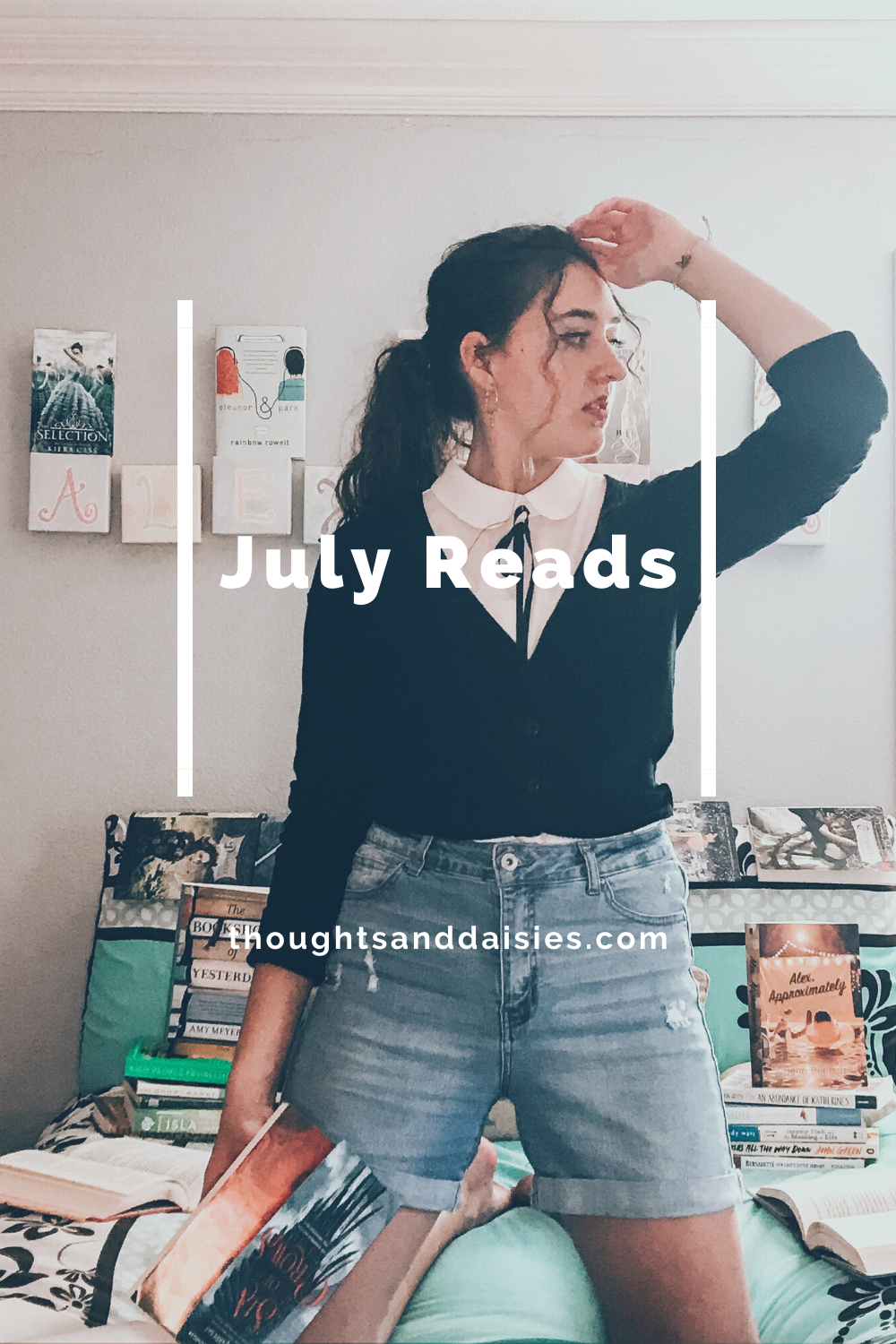 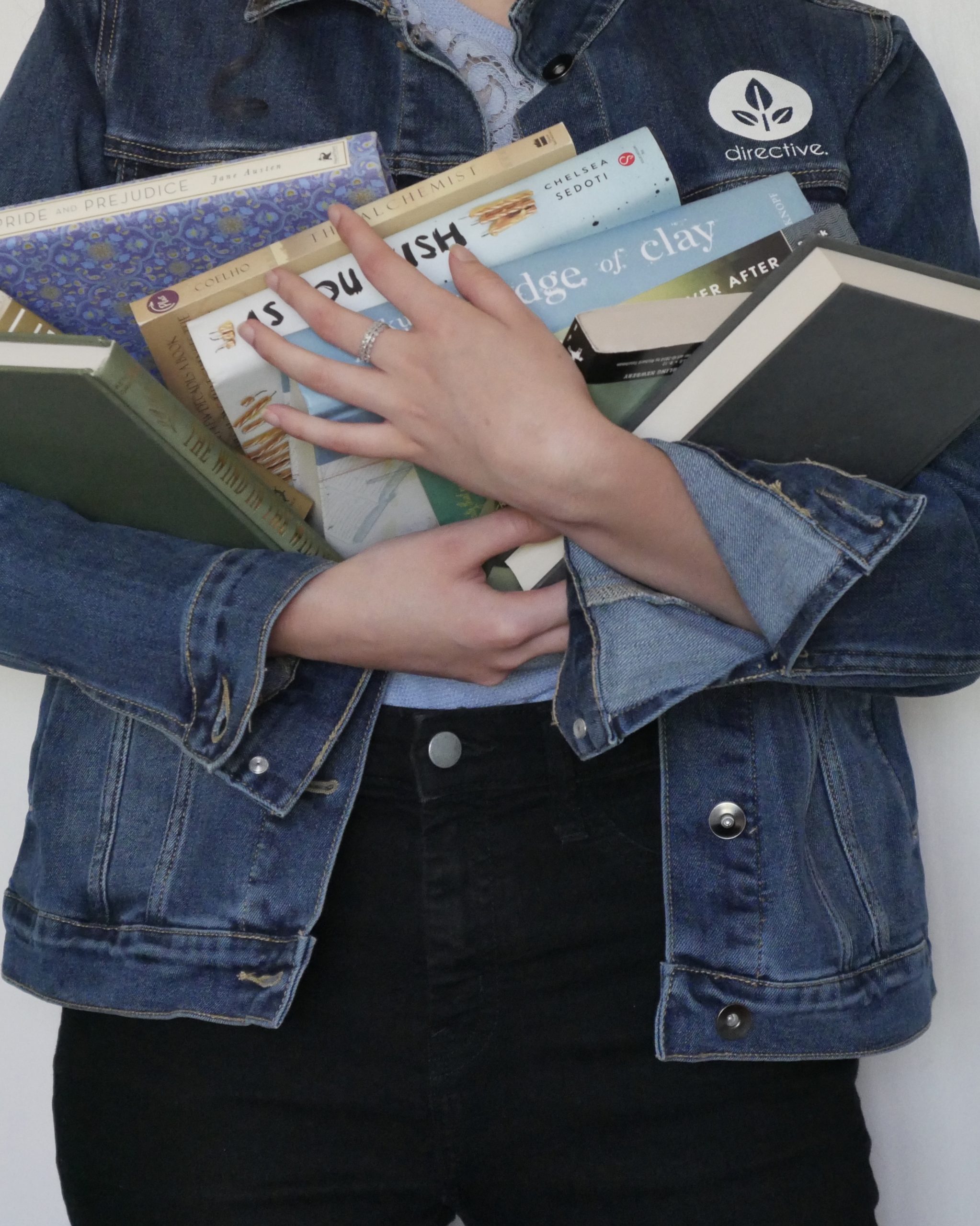 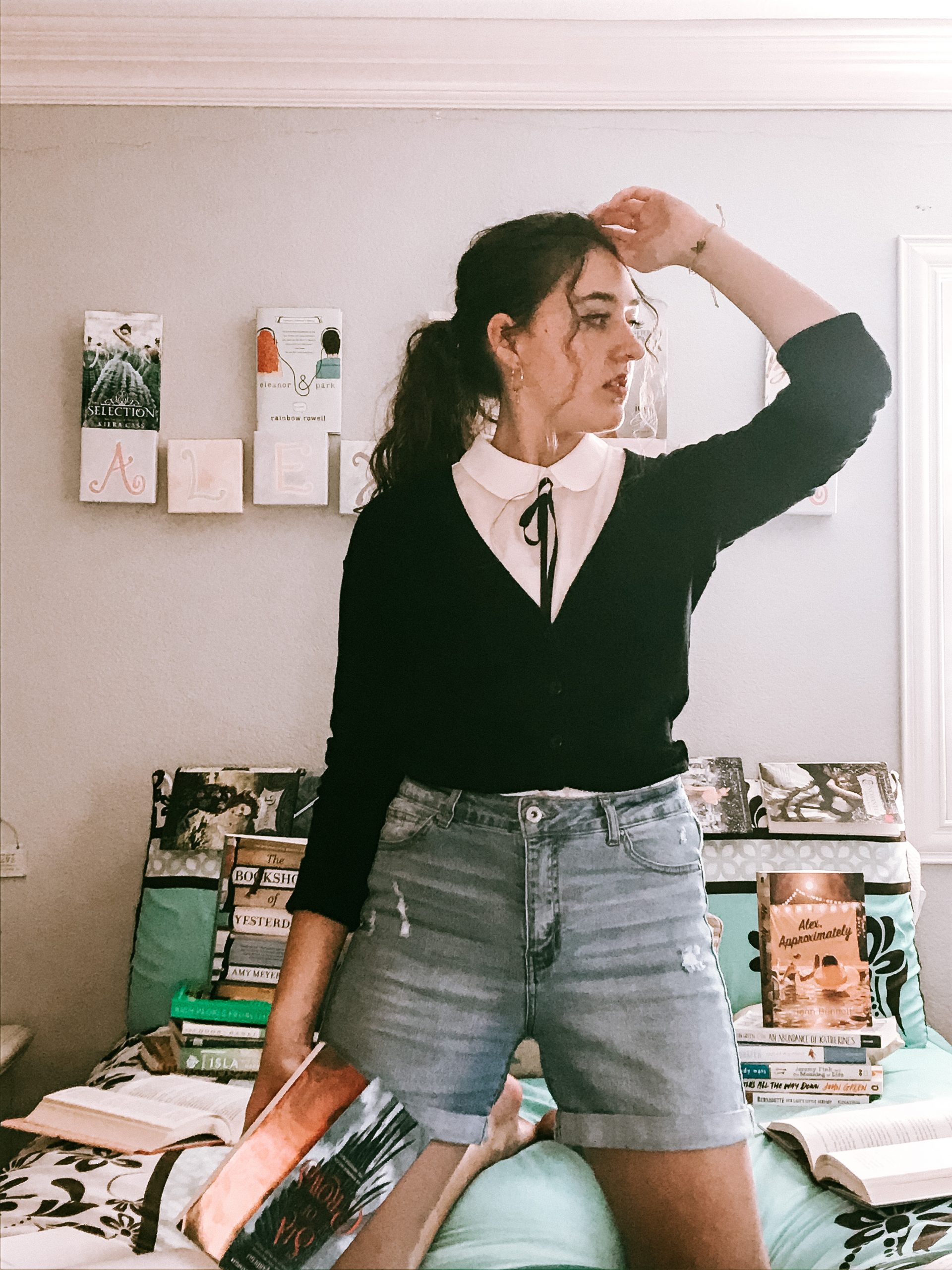 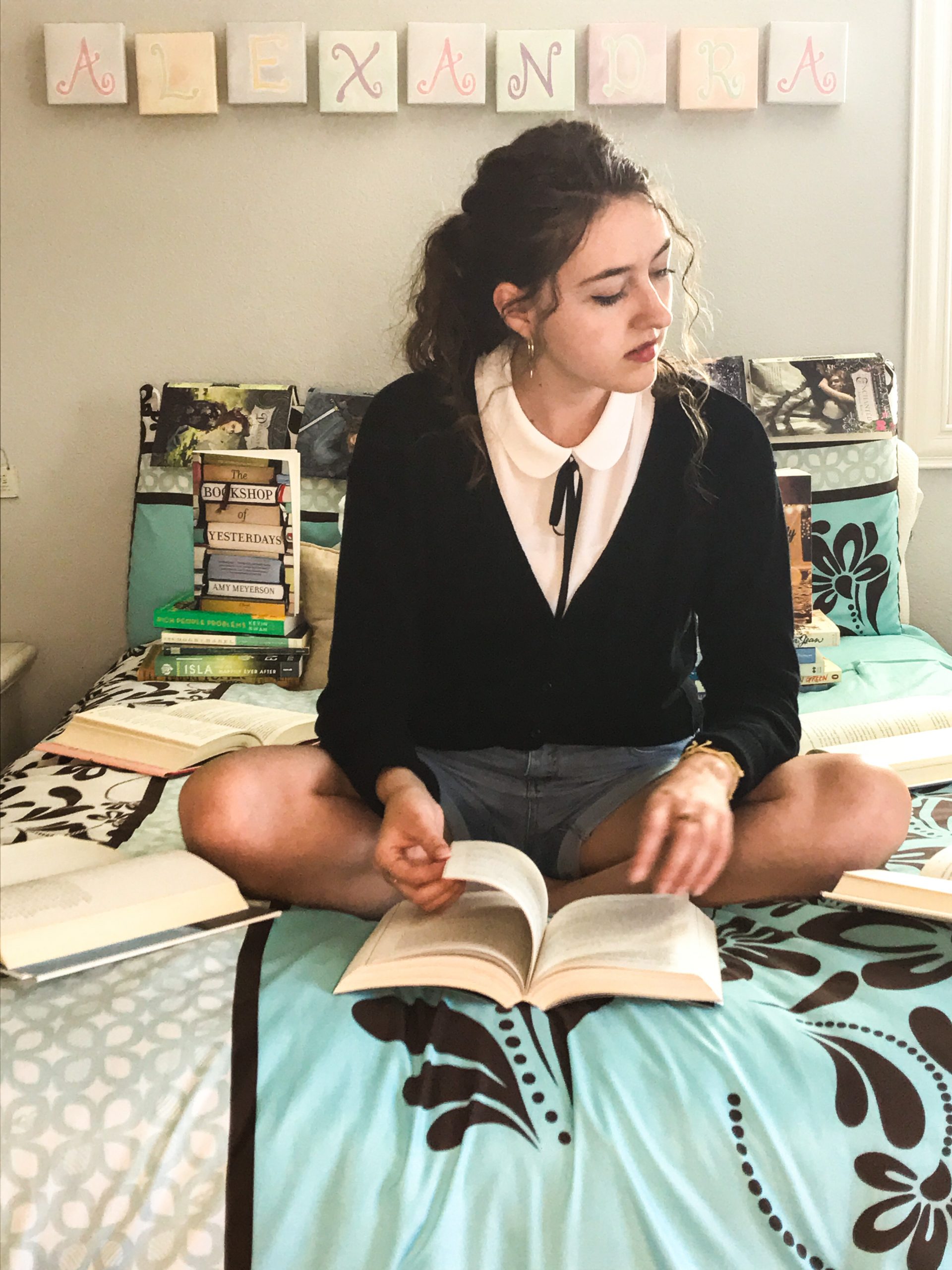 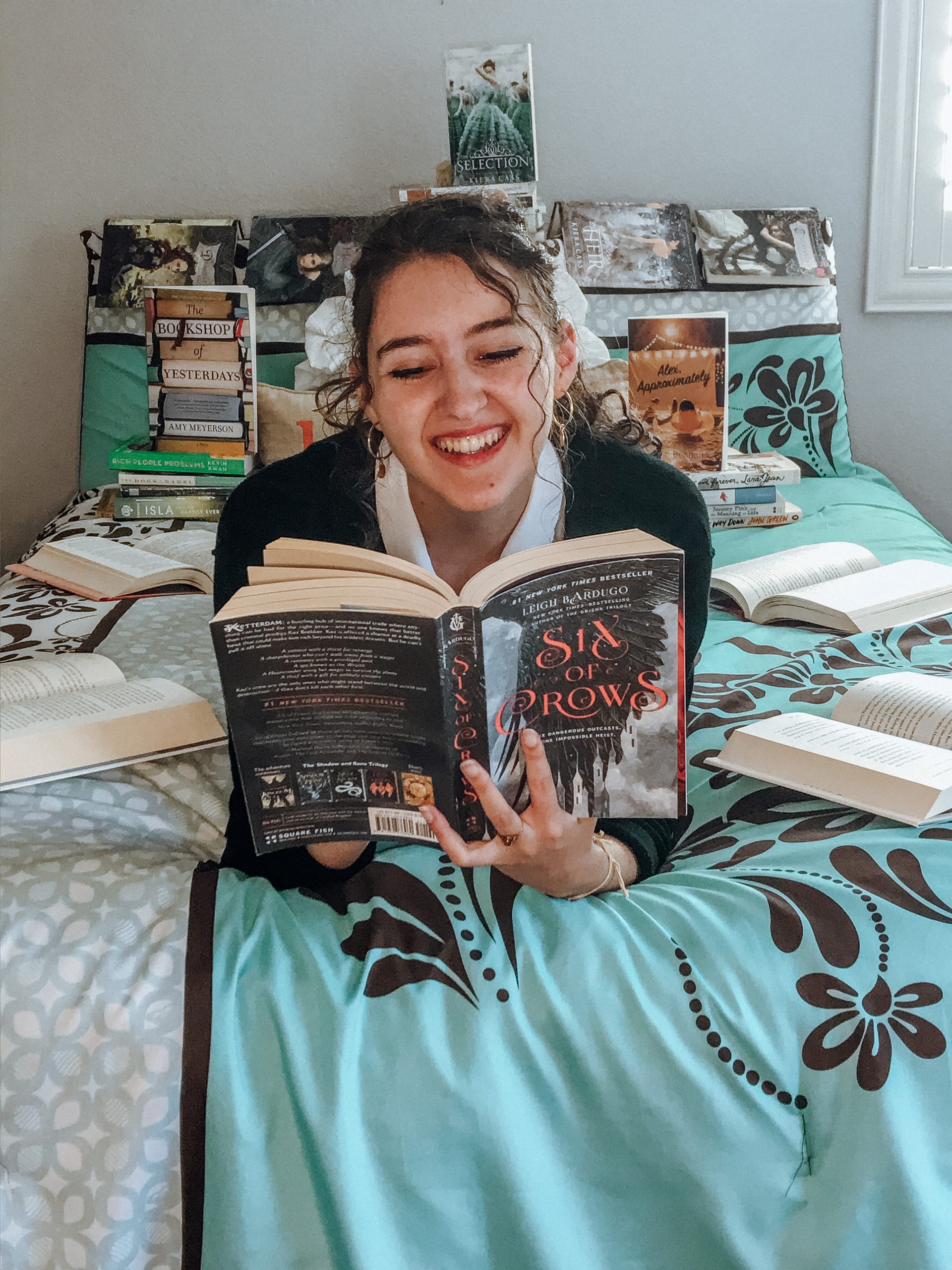 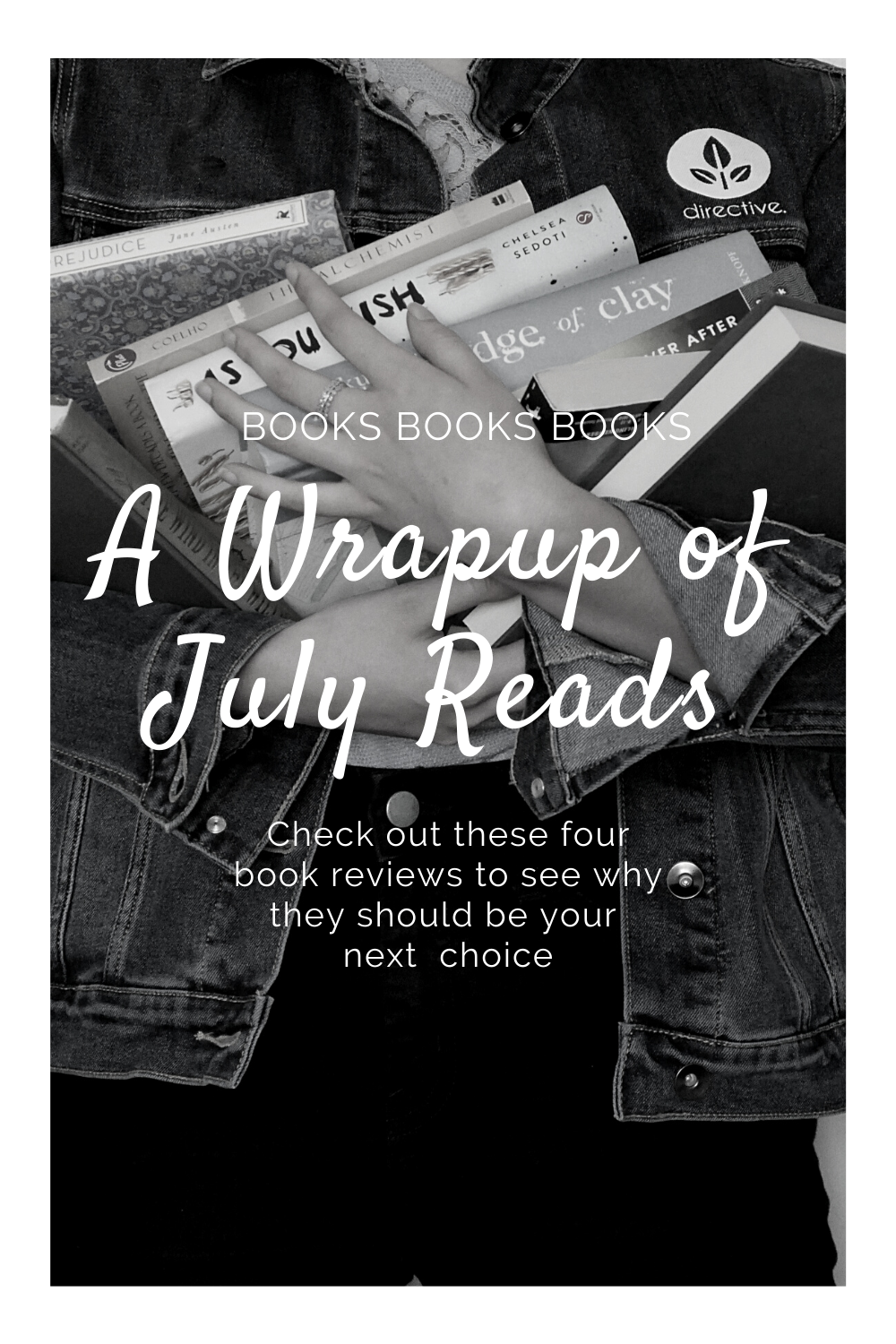