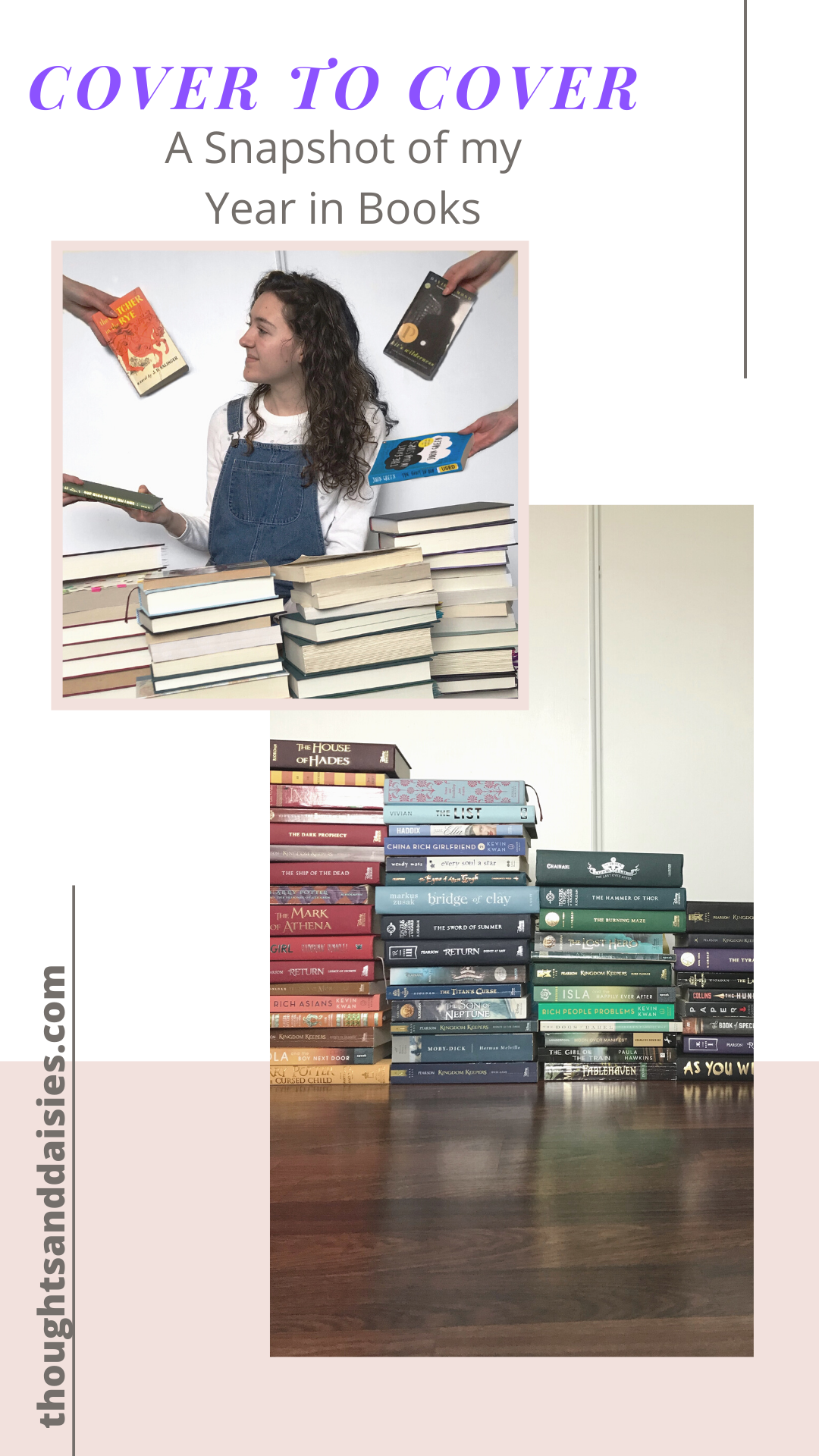 One of my absolute favorite things to do is to read. I have loved stories since I was a baby. Even before I could read I would memorize some of my favorite stories that my mom would read me. Every year I set a book challenge for myself to see how many I can read that year. With one full week left of 2019, my total is 42/40. So let’s take a trip down book lane and reminisce on the most memorable from this year.

For every new book, I read a year I end up probably rereading two or three books. Not because I don’t want to read new books, but because A. I don’t always have money to get new books and B. I like to have a book on me at all times and it is easier to reread a book while I am on the go or in studying because I don’t have to intently focus on what is going on. Plus that way I won’t get sucked in and be late for class or never do my work. Some of the great rereads for this year include…

The Hunger Games by Suzanne Collins. Both times I have read this was for a class, first back in eight grade and now this year for my Literature for Adolescents class. Still a good book but not really a favorite of mine.

I Am the Messenger by Markus Zusak. I got to present this book for class this semester and even after the fourth read, this book is fantastic. Made by the author of The Book Thief, I can say this book rivals that novel. I can not recommend it enough.

The Giver by Lois Lowry. I know this book is actually part of a series, but I love it so much as a stand-alone that I have yet to get around to the rest of them. It is probably my favorite book and I don’t want to risk being disappointed by the others. Someone let me know if I should read the sequels!

The Lightning Thief by Rick Riordan. If you don’t know how much I love this series then you must be new here. I went to see the touring musical up in San Jose this summer (You can read my review here) and I read this book/series at least once a year. It never gets old and it is my go-to for a fun read.

The Hostile Hospital by Lemony Snicket. The whole Series of Unfortunate Events is written beautifully and after watching the final season of the Netflix series I reread this during my dinner hours one week. Still enjoyable, but my favorite one is definitely the Penultimate Peril!

Aside from the plethora of rereads I had, I did in fact actually read some new books.

Always and Forever, Lara Jean by Jenny Han.  I actually reviewed this book in my National Book Day post, so check that out for some more reviews. I can say after putting this series off for so long I am glad I read it, and now I have the second movie to look forward to in a few months. Boy am I excited for Jordan Fisher as John Ambrose McClaren!

Sense and Sensibility by Jane Austen. I read two of Jane Austen’s books this year and this was my least favorite of the two. Pride and Prejudice takes the cake in the best of the two.

Bridge of Clay by Markus Zusak. Another Zusak because his writing style is so lovely and makes me happy. Click HERE for the review of this latest novel of his.

The Book of Speculation by Erika Swyler. I got this book last Christmas. It has mixed reviews on the Goodreads site but I for one enjoyed it and thought it was a fun read.

Rich People Problems by Kevin Kwan. I received the first book of this trilogy for Christmas last year also. I think the plot started to be stretched pretty thin by this last installment. The first one is definitely the best of the three.

Kit’s Wilderness by David Almond. This is another of the many novels that I read for my literature class I liked it better than Catcher in the Rye but not quite as much as some of the others we read. I think it is a thought-provoking book with a plot that is not something I typically read so it was interesting.

The Dogs of Babel by Carolyn Parkhurst. This is a book I picked up from the free book cart at my school’s library. The dog is the best character but aside from that, I have a lot of frustration with this book. After I figured out where the novel was headed I spent the rest of the book hoping I was wrong. Probably one of the books on this list I wouldn’t be recommending to others.

Turtles All the Way Down by John Green. I have read a lot of John Green books and this was not my favorite. It felt very cliche but a lot of people really like it so I would have to say pick it up and see for yourself.

A Step from Heaven by An Na. A short novel that follows Young Ju from ages 4 to just before college and a book I recommend picking up for a quick read. The writing style grows and evolves with the progression of the character and that alone is a reason to read it.

At the beginning of the year, I wrote about some books I wanted to read this year but I didn’t get around to reading all of them. I am adding these onto my list for next year.

Tuck Everlasting by Natalie Babbitt. I read this book back in eighth grade and loved it but I wanted to reread it after listening to the musical soundtrack. Hopefully, I can next year.

Summer Hours at the Robber’s Library by Sue Halpern. After looking over a list of books I have on my ‘to read’ list I have noticed a pattern. There are many books that take place in a library on it. Maybe I will end up writing a post comparing them all.

Comment down below what your favorite book is so I can add it to my reading list. Happy Reading! 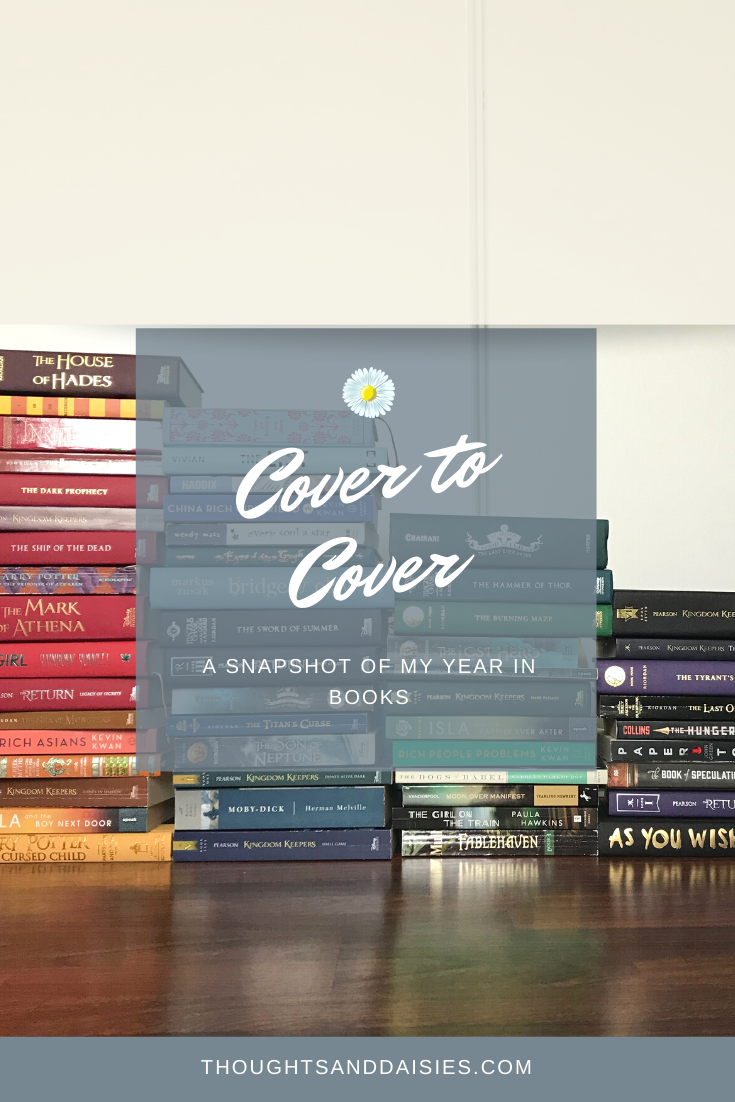 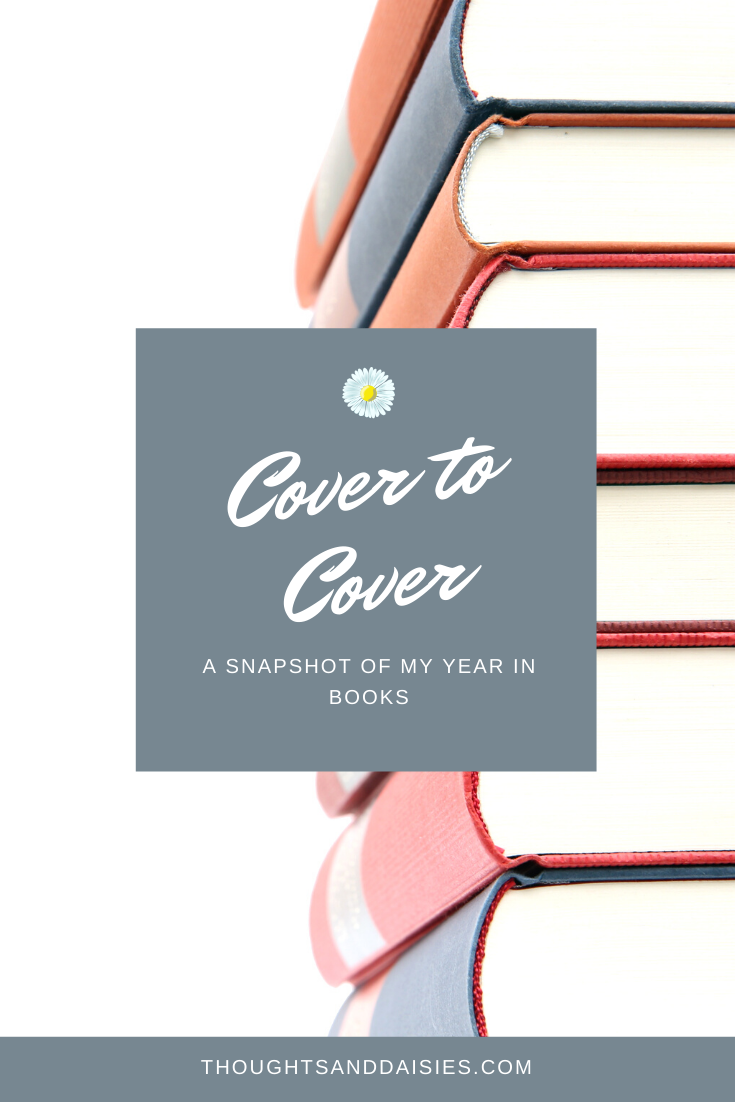